Just as the US was hitting its vaccine stride, a potential hiccup: The US Centers for Disease Control and Prevention and the Food and Drug Administration are recommending that the United States pause the use of Johnson & Johnson’s Covid-19 vaccine over six reported US cases of a “rare and severe” type of blood clot. The recommendation comes as an average of 3.1 million doses of Covid-19 vaccine – from any of three manufacturers’ products approved in the US – were being given every day. At that rate, half of adults in the country were expected to have received at least one dose by the end of this week. There’s still controversy brewing, though. Michigan Gov. Gretchen Whitmer has repeatedly asked the White House for more vaccine doses as her state sees a surge of cases driven by the B.1.1.7 coronavirus variant. However, federal health officials have denied the requests, saying the variant is affecting other states, too. Two new studies suggest the B.1.1.7 strain, first discovered in the UK, is more transmissible but doesn’t increase disease severity. Meanwhile, the UK has also hit its latest vaccination target, offering doses to all adults over 50, the clinically vulnerable and social care workers.

Protesters and police clashed again last night in Brooklyn Center, Minnesota, over the death of Daunte Wright. The 20-year-old was fatally shot by an officer Sunday during a traffic stop. Police Chief Tim Gannon said the officer who shot Wright, identified as Officer Kim Potter, meant to deploy a Taser instead of her gun. The NBA, MLB and NHL postponed games yesterday in Minneapolis following Wright’s death and the ensuing public outrage. All this is unfolding as the trial of Derek Chauvin, the former Minneapolis police officer charged with murder in the death of George Floyd, continues. A cardiologist testified yesterday that Floyd died of cardiopulmonary arrest as a result of restraint and asphyxia. He was the fifth doctor in the trial to describe such a cause of death.

Video Ad Feedback
03:24 - Source: CNN
'How the hell does that happen?': Baldwin reacts to police explanation

The Biden administration has secured agreements for Mexico, Honduras and Guatemala to tighten their borders with more troops and stem the flow of migration. Vice President Kamala Harris has also spoken to regional leaders about increasing humanitarian assistance and job opportunities in Guatemala, Honduras and El Salvador to tackle the root problems leading people to flee northward. The Biden administration has struggled with an influx of migrants that have overwhelmed facilities at the southern border. Still, the number of unaccompanied minors in the custody of US Customs and Border Protection has dropped 45% as officials scrambled to find places to house the children.

It’s been just over 100 days since Brexit began in earnest, and British exporters aren’t happy with how things are going. Trade with Europe has taken a major hit, with exports of goods to the European Union plummeting by more than 41% in January and recovering only modestly after that. The situation is especially dire for food exporters, who have seen exports all but wiped out by new trade restrictions. Now, businesses are asking the UK and the European Union to amend their trade agreement to reduce barriers. Some lawmakers, business leaders and economists have also announced an independent commission to scrutinize Britain’s trade deals with Europe and the rest of the world.

One student was killed and an officer was injured during an armed encounter yesterday at a Knoxville, Tennessee, high school. Officers responded to a call about a potentially armed student. The student refused to come out of a bathroom and fired shots, prompting an officer to return fire. The district attorney said the event is not a “school shooting” but an “officer-involved shooting at a school.” Still, for the students and staff at Austin-East Magnet High School, it was a nightmare. The shooting is the latest gun violence incident to plague the school, which has already lost four students in the last few months.

Microplastics in our air ‘spiral the globe’ in a cycle of pollution, study finds

Did you know that even the tires on your car create microplastics? They’re everywhere!

Macaulay Culkin and Brenda Song welcome their first child together

And it’s just as cute as you think a pizza delivery robot car would be.

That’s about how many metric tons of treated radioactive water Japan plans to release in two years from its destroyed Fukushima nuclear plant. The water will be released back into the ocean, raising concern among neighboring countries.

“It’s systemic. It goes much deeper than any one institution or any one administration. And it’s perpetuated by policies, practices and people to this day.” 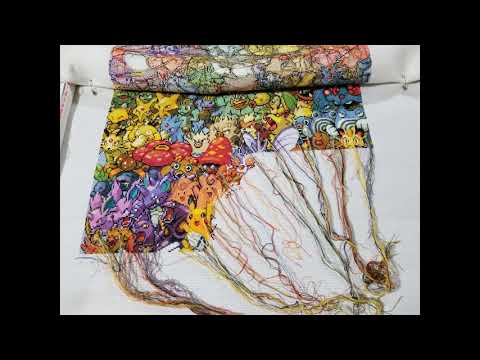