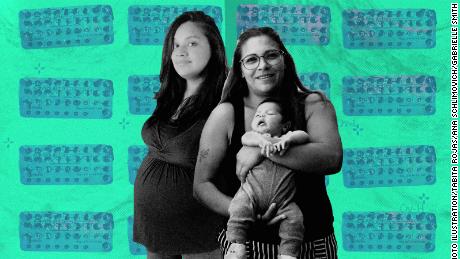 This story is part of As Equals, CNN's ongoing series on gender inequality. Find out more about it here.

Santiago, Chile -- In Chile's arid Atacama desert, Tabita Daza Rojas is trying to scrape together enough money to finish construction on her home before her baby, due anyday, arrives.
Eight hundred kilometers to the south, in La Pintana, a suburb of the capital Santiago, Cynthia González is nursing her 2-month-old boy. But she needs to buy milk to supplement her body's supply, and is worried about how she'll afford it.
Rojas and González come from different backgrounds, have different lives and ambitions. Yet they -- and at least 170 other women at the time of writing -- share a common reality: they all claim to have fallen pregnant while taking Anulette CD, an oral contraceptive pill manufactured by Silesia, a subsidiary of the German pharmaceutical company, Grünenthal.
Without the option to legally terminate their pregnancies, if they wanted to, or any real accountability from the government or the drug companies, the women, represented by the Chilean sexual and reproductive rights group Corporación Miles, are preparing to file a class action lawsuit in the civil courts.
Read More
In a region where barriers to women's reproductive rights are the norm, CNN has identified a government health agency quick to shift the blame to these women, as well as a history of poor production quality and previous issues relating to oral contraceptives in Grünenthal's Chilean factory -- its gateway to Latin America.
<div class="zn-body__paragraph"