We now know the identities of the 10 victims of Monday’s mass shooting at a supermarket in Boulder, Colorado. We also know more about the suspect, 21-year-old Ahmad Al Aliwi Alissa, who was taken into custody after the shooting and faces 10 counts of murder. What police don’t know is any concrete motive. As more information comes out, members of Congress are calling for federal action on gun legislation. Colorado Rep. Jason Crow, a Democrat, is urging fellow lawmakers to consider what he calls “common sense” gun laws, and some options are already on the table. Just two weeks ago, the Democratic-led House passed two bills that would expand background checks on all commercial gun sales. The worry is that, as with past pushes for gun reform, nothing will actually pass. The city of Boulder banned assault weapons in 2018, but a judge recently ruled it can’t actually enforce the ban.

At least a dozen states have eased coronavirus restrictions this month, and now Indiana and Virginia are about to join the list with expanded restaurant and venue capacities, among other measures. This is all despite continued warnings from experts that reopenings, combined with unpredictable Covid-19 variants, could spike case numbers again. The UK is taking a decidedly different tack: Under new regulations set to be voted on tomorrow, anyone taking nonessential vacations abroad while regulations are still in place could face a $7,000 fine. Need another reminder that the pandemic definitely isn’t over? India just reported its highest single-day death toll this year.

The special enrollment period for the Affordable Care Act will be extended to August 15, the Biden administration announced. The change will give Americans more time to take advantage of benefits in the Covid-19 relief law. Meanwhile, more Biden Cabinet nominees are being confirmed: Dr. Vivek Murthy was confirmed as US surgeon general, a role he held in the Obama administration. Shalanda Young was confirmed as the deputy director of the Office of Management and Budget. Two Asian American senators, Tammy Duckworth and Mazie Hirono, have raised issues about Asian American representation on Biden’s team. But they’ve backed off threats to oppose certain nominees after the White House agreed to add a senior-level Asian American Pacific Islander liaison.

Hundreds of Burmese citizens, including police officers, government officials and civilians, are fleeing Myanmar as violence over last month’s military coup worsens. Tens of thousands of people continue to protest across the country despite violent suppression by the junta’s police and military forces. Reports of a 7-year-old girl killed in her father’s arms by police during a raid have further inflamed the rage and pain. Today, protesters are calling for a “silent strike,” with businesses and shops set to close and people to stay in their homes with the aim of shutting down entire cities. Overall, at least 275 people  have been killed since the coup, according to a Burmese nonprofit, and up to 2,400 people have been detained, the United Nations says.

North Korea has conducted its first weapons test since President Biden took office, launching two projectiles last weekend. The test had been widely expected, and officials have downplayed the event as falling “on the low end of the spectrum” of provocative actions the regime could carry out. The projectiles were reportedly not ballistic missiles, a designation that the Biden administration says does not qualify as a serious breach. This means the test won’t dissuade the US from further pursuing diplomacy with Pyongyang. Biden is still mulling his official policy on the nuclear threat posed by North Korea, and lawmakers and key US allies are eagerly awaiting details, which they expect will be announced publicly in the coming weeks.

Peloton is warning owners to keep kids away from their treadmills

Anything to remove time and distance between us and a face full of tacos.

Tradition be darned, there’s no wrong thing to wear to be a happy bride or groom!

By the end of the century, summer weather could last half a year (and that’s not a good thing)

That’s the amount more than 180 Asian American organizations asked to have added to the next federal budget to fight anti-Asian discrimination. The groups signed a letter to the Biden administration asking for the money, which they hope will go toward things like violence prevention, hate crime awareness and grants to groups aiding victims and survivors. Here’s how you can help fight anti-Asian hate right now.

“My opinion is this problem is much closer to us than most think.”

Adm. John Aquilino, the next commander of US forces in the Pacific, who warned the Senate Armed Services Committee that China is quickly amassing weapons and systems to militarily overwhelm Taiwan. Aquilino said such action could be taken within the next six years.

“These women want and deserve to be given the same opportunities.”

Right Up Our Alley 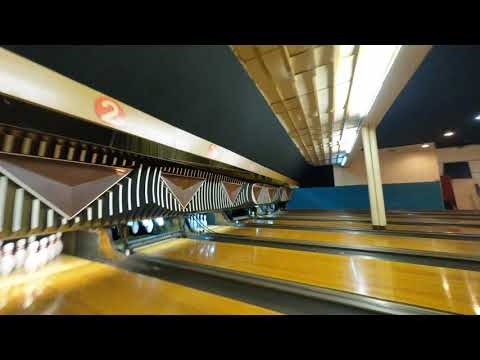 The internet’s going wild for this incredible aerial bowling alley-themed adventure. Stay until the end to get swept up with the pins! (Click here to view.)