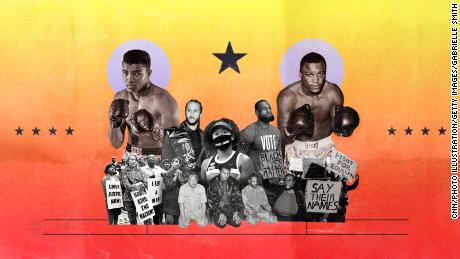 'The Fight of the Century': A divided US nation 50 years on

(CNN)By the time the first bell rang and Joe Frazier came bobbing towards him, Muhammad Ali was already four years into a fight that helped define him as one of the 20th century's most influential figures.

Under the lights at Madison Square Garden on March 8, 1971, Ali was once again fighting for the world title and, for many fans, boxing's true heavyweight champion had finally returned from exile.
Banished as one of the most electrifying and polarizing figures of the late 1960s, Ali had become the face of protest, and the man to unite the anti-war movement with the ongoing struggle for civil rights and racial equality.

Seconds out, round one