The threat of coronavirus variants is growing, and CDC Director Dr. Rochelle Walensky warns that, if we’re not careful, their spread could reverse falling case numbers and delay the recovery that’s just now coming over the horizon. In the UK, officials are racing to track down a single person infected with a variant first identified in Brazil to prevent further spread. The key to getting over this hurdle? Vaccinations, experts say, and a few more excruciating months of safety precautions. Meanwhile, China is aiming to have half a billion of its citizens vaccinated by June, a massive number that will account for 40% of its population. So far, about 50 million people there have gotten a vaccine.

President Biden pledged to increase the number of refugees admitted to the US, but because he hasn’t signed an executive action on it yet, refugees abroad are in limbo. Hundreds of refugees bound for the US have had their trips postponed as the Trump administration cap remains in place. Meanwhile, Homeland Security Secretary Alejandro Mayorkas says families separated at the border under other Trump-era policies may be reunited in the US and given lawful pathways to stay in the country. And migrant numbers are on the rise, as are apprehensions at the southern US border. Despite the increase, US officials have publicly said now is not the time for migrants to come, citing the pandemic and hoping to avoid a surge at the border.

The Supreme Court hears a case today that could weaken a key provision of the Voting Rights Act that prohibits laws that result in racial discrimination. Brnovich v. DNC concerns a challenge brought by the Democratic National Committee against two provisions of an Arizona law that critics say unfairly affect communities of color. The laws have to do with strict requirements to vote in a specific precinct and who can handle ballots. Voting rights advocates fear the court’s conservative majority could set new and stricter voting precedents. After Donald Trump’s repeated baseless claims of voter fraud after the 2020 elections, state lawmakers have carried over or introduced at least 253 bills to restrict voting access in 43 states.

Hundreds of schoolgirls kidnapped at gunpoint last week have been rescued, authorities say. The 279 girls were abducted by armed men who raided their state-run school in Nigeria’s northwest Zamfara State. The abduction is the latest in a string of similar kidnapping cases in the country. At least 42 people were kidnapped from a state-run school last month and later released, and more than 300 schoolboys were taken and later freed in December. Attackers who carry out these kidnappings often demand massive ransoms for the students’ safe return or use victims for blackmail. The recent rash of incidents has raised questions about school safety in Nigeria’s northern region.

Former French President Nicolas Sarkozy has been sentenced to three years in prison for corruption and influence peddling. A French court found him guilty of trying to illegally obtain information from a senior magistrate in 2014 about an ongoing investigation into his campaign finances. Sarkozy was President from 2007 to 2012 and is the first president to be sentenced to jail in France’s modern history. However, he won’t actually see the inside of a cell. The court suspended two years of the sentence, and the judge said the 66-year-old can serve the rest by wearing an electronic bracelet at home.

5 is your lucky number of fruits and veggies to live longer, but not all of them count

Sorry, a diet of grape juice and french fries probably won’t cut it.

Starbucks is adding oat milk to its menu

The variety of milk alternatives thrills and astounds.

People rarely leave conversations when they want to. Here’s how to change that

More questions about the Capitol riot

FBI Director Chris Wray will have to answer questions about the January 6 insurrection when he appears today before the Senate Judiciary Committee. It will be his first public testimony on the subject.

That’s how many new Boeing 737 Max jets United Airlines is planning to buy. It’s one of the airlines’ largest orders for the Boeing 737 Max jet since the aircraft was grounded two years ago and shows that United is banking heavily on a big travel rebound.

Heather Wilson, an English teacher in Santa Rosa, California, who’s one of the many teachers and parents noticing patterns of burnout in students. Experts say it’s cognitive overload and grief brought on by the long pandemic.

Hold on to your hats – and your emergency candles.

Video Ad Feedback
01:28 - Source: CNN
Over 40 million under wind advisories in the Northeast

The Tiny Doors in the U.S. Capitol 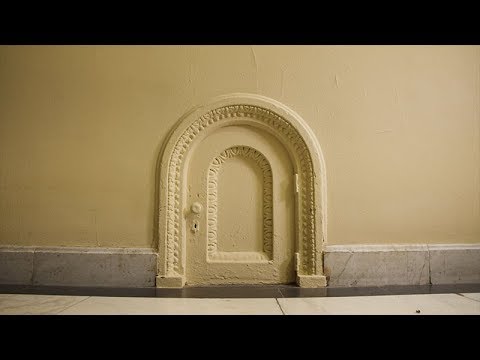 There are some tiny doors hidden throughout the US Capitol, and they have a very interesting history. (Click here to view.)