The US is on the dark precipice of 500,000 coronavirus deaths. Words can’t describe the magnitude of such a loss. But officials say we may be at the beginning of the end. Cases and hospitalization rates are dropping in some states, and the Biden administration says 2 million more vaccine doses have been delivered following weather delays. Still, the next few months will bring tens of thousands more deaths, experts say, and Dr. Anthony Fauci says basic precautions like masks could be our reality all the way into 2022. Australia started its mass vaccination program today, and across Europe, leaders are working on plans to ease lockdown restrictions soon.

About a third of Texans are still having issues with their water supply as the state reels from last week’s deadly winter storms and subsequent utility outages. President Biden approved a major disaster declaration for Texas, unlocking more federal resources. Texas Rep. Michael McCaul says part of that relief will also go toward helping residents pay the exorbitant energy bills they received as a result of the storm. Some local officials, however, want the state to assume the cost instead of putting the onus on unsuspecting citizens. One Democratic senator has called for a probe into natural gas price hikes in Texas and other areas hit abnormally hard by winter weather.

The House’s stimulus bill is expected to move through the Budget Committee and to a floor vote this week, and the biggest obstacle to its passage is the inclusion of a $15 minimum wage increase championed by progressive Democrats. Some in the party don’t think the issue will pass reconciliation, a budget process that requires each provision to adhere to a strict set of rules. Meanwhile, the White House has indicated it’s open to studying the merits of a financial transaction tax following the GameStop stock frenzy. Supporters say a tax on trading could boost investor protection and market integrity and raise badly needed revenue. The notion is despised by Wall Street.

United Flight 328 suffered catastrophic engine failure on Saturday, forcing the Boeing 777 bound for Honolulu to return to its origin in Denver. Debris from the plane rained down on Denver neighborhoods, and passenger video from the ordeal looks straight out of a nightmare. Now, Boeing is recommending the suspension of all 777 model planes with the same engine as the one involved in the incident. United Airlines has already removed all 24 of its planes with that engine from service. Both the Federal Aviation Administration and the National Transportation Safety Board are investigating, and initial findings revealed fractured and damaged fan blades in the plane’s engine.

The Biden administration has begun to communicate with Iran over American hostages in the region, says national security adviser Jake Sullivan. There are currently at least 43 publicly known hostage or detainee cases in 11 countries including Iran, according to a foundation that tracks the cases. Secretary of State Antony Blinken set the groundwork for this priority earlier this month when he talked with the loved ones of American hostages. Sullivan also said yesterday that Tehran has not responded to the European Union’s proposed meeting to discuss Iran’s nuclear program, adding that the ball is in their court. The White House said last week that the US is willing to sit down for talks with Tehran and other signatories to the Iran nuclear deal.

Ohio police rushed to defuse a suspected bomb outside of a church, but it was actually a bag of squirmy kittens

Those deputies have a story to tell for the rest of their lives.

Such a chill name for an un-chill weather phenomenon.

Alexa, show me the WORST way to start the day.

A website is offering to pay you $2,000 to sleep for research

Free. We’ll do it for free. Where do we sign?

Garland’s AG confirmation hearing is on

Merrick Garland, Biden’s attorney general pick, will begin his two-day confirmation hearing later today. If he’s confirmed, Garland will head the Justice Department and take on a number of thorny issues, including the continued fallout from January’s Capitol riot.

Known as the “mother of the civil rights movement,” Baker played a major role in three of the biggest civil rights groups and served as a mentor to several of their most prominent leaders. She also taught volunteers that the movement couldn’t depend solely on charismatic leaders and empowered them to become activists in their own community. Baker risked her life rallying support in rural Southern towns and fought back against the sexism that sometimes tainted the civil rights movement.

That’s how much money people lost to romance scams in 2020, according to the Federal Trade Commission. Scammers lurking on dating apps and social media con people out of money, and it’s no surprise their ill-gotten gains reached record numbers in a lonely and isolated year.

“Protesters are now inciting the people, especially emotional teenagers and youths, to a confrontation path where they will suffer the loss of life.”

A warning in a statement from Myanmar’s military junta after a deadly weekend of protests in the country. At least two people died when police opened fire on demonstrators in Mandalay. Unrest has been roiling for weeks after a military coup early this month. 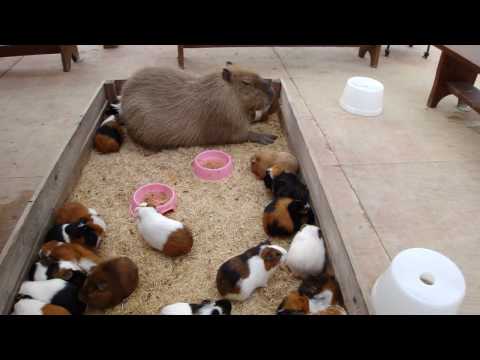 Meet the puppet master behind the ‘Star Wars’ magic

I don’t know about you, but I’m trying to stress less. Watching a capybara look contentedly out of place among guinea pigs helps. (Click here to view.)