It wouldn’t be Thanksgiving season without some serious travel complications, and it looks like two big storms are ready to snarl holiday travel in the Midwest and Western US.

Former President Donald Trump may have been acquitted at his impeachment trial over the weekend, but his legal troubles are just beginning. Prosecutors in Georgia are conducting criminal investigations into his attempts to overturn the state’s election results, while prosecutors in New York are looking into his business dealings. Trump is also facing civil state inquiries and defamation lawsuits by two women accusing him of sexual assault. Still, Senate Republicans’ failure to hold the former President accountable for his behavior on January 6 raises a key question, CNN’s Ronald Brownstein writes: Has the extremist wing of the GOP coalition grown too big for the party to confront?

Covid-19 cases and hospitalizations are declining sharply in the US, in what feels like an encouraging piece of news. But the nation isn’t yet in the clear. Though more than 38 million Americans so far have received at least their first vaccine dose, vaccinations aren’t actually what’s driving case numbers down. Instead, one expert says, it’s following tried-and-true safety measures that’s behind the decline: wearing masks, physical distancing, not traveling and not congregating with others indoors. It’s especially important those behaviors continue: Vaccinations won’t be widely available to most Americans until late spring or summer. New coronavirus variants are popping up. And a troubling batch of mutations have been found in US coronavirus samples. In other news, investigators from the World Health Organization have found signs that the original coronavirus outbreak in Wuhan in December 2019 was much wider than previously thought.

Protesters in Myanmar took to the streets for a 10th consecutive day to oppose a recent military coup that ousted democratically-elected leader Aung San Suu Kyi and saw key government officials detained. They gathered in the face of the military’s escalating crackdown on dissent, which over the weekend involved armored vehicles on the streets of major Myanmar cities, an internet blackout and nighttime raids on prominent critics. Western diplomats warned Myanmar’s new ruling military junta that “the world is watching.” Since the takeover, hundreds of thousands of people from all sections of society have joined protests and civil disobedience campaigns.

A young climate activist in India has been arrested after she shared a social media toolkit that listed ways people could support farmers who have been demonstrating for months around the country’s capital of New Delhi – a document later shared by Swedish climate activist Greta Thunberg. It’s the latest effort by India to crack down on dissenting voices in support of farmers, who have been protesting new agricultural laws they say will devastate their livelihoods. The arrest of Disha Ravi, who is in her 20s, has prompted outrage from high-profile figures and opposition leaders, at least one of whom called the move “an unprecedented attack on democracy.” Thousands of supporters are calling for her release.

Harry and Meghan are expecting a new addition to the family

And that means Archie is going to be a big brother.

Using the ‘laugh cry’ emoji is passé, according to Gen Z

But who made them the arbiters of cool, anyway?

Archaeologists have discovered an ancient beer factory in Egypt

Apparently, the pharaohs would kick back with a cold one even in death.

It was his 14th time competing in the iconic race, and his first ever win.

An officer stopped to help who he thought was a stranded motorist. Instead, he helped deliver a baby

It was a real Valentine’s Day miracle.

Jones pioneered an invention we still rely on to this day: the modern refrigeration system. In 1940, he patented a refrigeration system for vehicles, a concept that suddenly opened a global market for fresh produce and changed the definition of seasonal foods. It also helped open new frontiers in medicine because hospitals could get shipments of blood and vaccines. He earned more than 60 patents before his death.

That was the record hit by Bitcoin on Sunday, before it pulled back in price a bit. The digital currency has more than doubled in value in the last three months.

“Revenge bedtime procrastination is just a cry from overworked people, and they’re actually trying to put off bedtime just a little bit so they can reclaim something for themselves.”

Dr. Rajkumar Dasgupta, on the phenomenon that could be robbing you of precious sleep time. 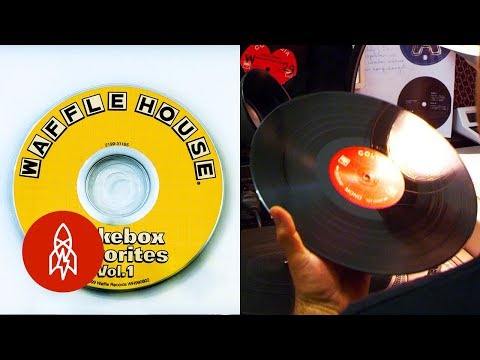 Breakfast with a side of vinyl

Did you know Waffle House has its own record label? If you don’t already own a record player, that’s as good a reason as any to invest. (Click here to view.)