In Washington, DC, and states around the country, authorities are boosting security before tomorrow’s presidential inauguration. The head of the DC National Guard even said the FBI is vetting troops involved in securing the US Capitol to prevent any insider threats. However, there is no intelligence indicating such a threat is afoot, the acting defense secretary said. Smaller protests broke out in some state capitol cities over the weekend, including crowds of armed demonstrators who gathered yesterday in Richmond, Virginia. Meanwhile, Vice President-elect Kamala Harris officially resigned her Senate post in anticipation of her new role, and Melania Trump will break with tradition by not inviting her successor, Jill Biden, to tour the White House living quarters.

President Trump is expected to issue around 100 pardons and commutations today, his last full day in office. The list of clemency actions reportedly includes white-collar criminals and high-profile rappers but so far not Trump himself or members of his family (there’s been talk of Trump pardoning himself in the wake of the Capitol riots). The President also wanted to declassify information related to the Russia probe before he leaves office, but with the hours ticking down, it’s not clear if that will get done. Even after he leaves office, Trump has at least one thorny battle waiting for him: his impeachment trial, which will likely start in the Senate soon. Speaking of the Senate, Democratic Leader Chuck Schumer and Republican Leader Mitch McConnell are hammering out a plan for how the evenly split Senate will be run. Democrats will make the schedule, and each party will likely hold an even number of committee seats.

China and the World Health Organization could have acted quicker and more forcefully to contain the start of the Covid-19 outbreak. That’s the conclusion from the Switzerland-based Independent Panel for Pandemic Preparedness and Response. The panel also said the world needs a “global reset” on how it deals with such situations. In the US, there’s bad news and, well, slightly less bad news. More than 60% of all Covid-19 cases nationwide have been reported since Election Day, leading to nightmare-level infection rates. However, cases have declined 11% since hitting a peak last week. Experts say it’s too soon for optimism, since such a dip may not be sustainable. Also in China, a dangerous situation is unfolding as state media have launched disinformation campaigns to hit back against questions about the efficacy of the coronavirus vaccine produced by Chinese medical company Sinovac.

Alexey Navalny has been ordered to stay in custody for 30 days after returning to Russia this weekend. The Kremlin critic was immediately detained after flying to Moscow from Germany, then subjected yesterday to a surprise hearing. Navalny was placed on the country’s federal wanted list last month for violating terms of probation related to a 2014 conviction for fraud, which he dismisses as politically motivated. It’s only been five months since Navalny was poisoned with a Novichok nerve agent. Several Western officials and Navalny himself openly blamed the Kremlin for the act. Following his hearing yesterday, Navalny urged his followers to “not be silent” and take to the streets. A nationwide demonstration is being organized to demand his release.

Most of Uganda is back online after a five-day internet outage that critics are calling a “textbook case of pre-meditated, pre-election internet blackout.” Ugandans recently held their presidential election, and internet connectivity was restored after incumbent President Yoweri Museveni was declared the winner for a record sixth term. His opponent, Bobi Wine, a singer-turned-politician whose real name is Robert Kyagulanyi, has protested the results and says he has evidence of fraud and intimidation. Wine has been under house arrest after military surrounded his home on Friday, he said. Heavily armed military and police raided his party offices in Kampala yesterday. Museveni’s house arrest of Wine and blocking of the internet have been met with international condemnation.

Fiber helps stave off heart disease, cancer and digestive problems while helping control cholesterol, blood sugar and weight gain. But Americans get an average of only 15 grams a day instead of the 25 to 30 that doctors recommend.
It's not hard to add fiber to your daily diet. Start by learning your top fiber choices and then get creative, like this salad that combines beans and peaches with the roughage of lettuce.
Westend61/Getty Images
Eating fresh fruit is an easy way to add fiber each day. Apples add about 4½ grams; bananas and oranges have 3 grams.
Shutterstock
At 6 grams each, pears have some of the highest fiber content in the fruit family. Eat them raw, in salads or poached in wine or pomegranate juice for dessert.

Jose R. Aguirre/Cover/Getty Images
Fresh berries are an especially easy way to punch up your fiber intake. These bite-size beauties are chock full of fiber; a cup of most berries adds 3 to 4 grams and satisfies your sweet tooth, to boot.
Shutterstock
Whole-grain cereal is an easy way to jump-start your daily intake of fiber. A cup of cooked oatmeal has 5 grams, and you can easily add another 3 or 4 with fruit and nuts. Other good choices are whole-bran cereals; if they are too wholesome for your taste, try adding a half-cup to your favorite brand to adjust.
Shutterstock
Multigrain bread is another easy way to add fiber to your diet. Make a sandwich out of this healthy choice, and you've added 2 grams of fiber.
shutterstock
Trying an unusual grain each week is another great way to pump up your fiber intake. Start by replacing white rice with brown, and you've added 3 grams. A cup of amaranth, an ancient seed, has 5 grams of fiber. Even better, a cup of dry bulgur has 26 grams. Quinoa has 3 grams of fiber and all nine essential amino acids, making it the "perfect protein" at 4 grams per serving.
Shutterstock
Mix Greek yogurt with berries, whole-grain granola and some nuts. Before you know it, you've added a couple of grams of fiber and had a great low-cal dessert.
Brian Macdonald/Photodisc/Getty Images
A cup of hummus has 15 grams of fiber. Made of chickpeas and spices, hummus makes a great snack. Use whole-wheat pita points to boost the fiber even more.
Shutterstock
Flaxseed is packed with fiber. One tablespoon has about 3 grams, so a little goes a long way. Add a few grains of this nutty-flavored seed to your yogurt parfait or salad, or grind it and add to meatloaf or other recipes.
Shutterstock
You might be surprised to find out that a cup of sliced avocado contains 10 grams of fiber and a lot of good-for-your-heart fat, despite the calorie count. Think past guacamole. Try spreading avocado on toast for breakfast, adding slices to your quesadilla, spread on sandwiches and even as a basis for chocolate pudding.
TOBIAS SCHWARZ/AFP/Getty Images
Winter squashes are good choices for fiber as well, ranging from 2 to 4 grams per cup serving. Try out a new recipe, such as this spaghetti squash, perfect for a low-carb diet.
LauriPatterson/E+/Getty Images
Beans of all kinds are super choices to add fiber to your diet. A cup of baked, navy or kidney beans contains 19 grams of fiber; black beans come in at 29 grams. Green beans have 3½ grams per cup -- not bad, but think beyond that dinner staple for maximum fiber intake.
Courtesy Marcelo Trasel/Creative Commons/Flickr
Lentils are another type of legume, like beans, that pack a fiber power punch. A cup of these tasty seeds has 16 grams of fiber.
Brent Hofacker/Shutterstock
Finally, a word of caution: Any addition of fiber requires an equal addition of water to keep it moving through your digestive system. So drink up!
And if you're not used to eating fiber, add it slowly over a few weeks to avoid bloating, flatulence and other issues that may erupt.
CNN

Easy ways to add fiber to your diet

The Trip of the Magi.

He said he was scared to go home because of Covid-19, but frankly, he ended up doing the scaring.

Oscar Mayer hiring team to drive its Wienermobile across the US

And they say the perfect job doesn’t exist!

For all of your 2021 stress relief needs, there’s a hotline that urges people to call in and scream

That’s the depth of the deficit at which the National Rifle Association operated in 2019. The NRA filed for bankruptcy over the weekend, following leadership shake-ups and allegations of financial mismanagement in recent years.

“Politics isn’t about the weird worship of one dude.” 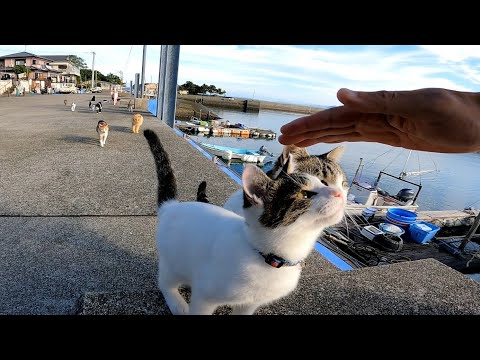 It seems like it will be a stressful week. Best to take in a nice waterside view and a few feline friends when you can. (Click here to view.)