After the difficult year we’ve all seen, this year’s list of the world’s happiest countries feels even more relevant. Here’s what you need to know to Get Up to Speed and On with Your Day.

“The mother of all superspreader events.” That’s what CNN medical analyst Dr. Jonathan Reiner said Thanksgiving could potentially turn into as millions of people prepare to gather for the holiday despite suggestions to avoid travel and group events. The CDC says another wave, on top of already historic numbers, could overwhelm health care systems around the country. Already, the US hit another record number of hospitalizations yesterday, with more than 88,000 people being treated for Covid-19. Tuesday also saw more than 2,100 US coronavirus deaths – the highest total death toll since May. More places are enacting new restrictions, like in El Paso, Texas, which has issued a curfew ahead of Thanksgiving. Meanwhile, Health and Human Services Secretary Alex Azar says distribution of a vaccine could start soon after December 10.

There are also regulations on what you can wear and how you can act while you’re voting. For instance, some states don’t allow political attire at the polls. Some states also ban photography, or have very specific rules about what kind of photos you can take and how you can share them. And with all this unfolding in a pandemic, proper voting protocol now also may involve masks, acrylic glass barriers and hand sanitizer.

The White House has given formal approval for President-elect Joe Biden to receive the President’s Daily Briefing, a rundown of threats and intelligence developments compiled by the national security community. It’s one of many steps being taken to begin Biden’s official transition. The incoming presidential team is now in contact with every federal agency, as well. Meanwhile, states are still certifying their election results, and now the hotly contested battleground of Pennsylvania is officially Biden’s. As votes continue to be counted (remember, states can count votes into December), Biden is now the first President-elect to win more than 80 million votes.

The Justice Department is putting new pressure on immigrants facing deportation in the US by asking them to file for deportation relief within a matter of weeks. That’s an unusually fast time line, especially since the pandemic has slowed down the processes immigrants usually go through to stay in the country legally. Normally, people have a chance to ask a judge to let them stay in the US by arguing they qualify for asylum or another legal option. This rapid new deadline has immigration attorneys scrambling, and some have called the move politically motivated. Meanwhile, a new federal filing reveals US Customs and Border Protection held more than five dozen children, some under the age of 1, in facilities along the US-Mexico border for more than three days during the last two months. The extended detention of minors has been a particularly urgent topic for immigration advocates in the past year as the number of apprehensions at the border began to rise.

The Trump administration is working to rally support in the Senate for its controversial high-dollar arms sale to the United Arab Emirates orchestrated by Trump’s senior adviser and son-in-law, Jared Kushner. The $23 billion sale of F-35 fighter jets, Reaper drones and munitions to the UAE has frustrated agencies and congressional committees that feel like they’ve been left in the dark about the deal. A bipartisan resolution to block the sale will be voted on later this week. Meanwhile, the House approved the sweeping National Defense Authorization Act with a veto-proof majority. Trump had threatened to veto the bill because it doesn’t contain a repeal of a law that shields social media companies, and would require the military to rename bases that were named after figures from the Confederacy. Among other spending, the $740 billion NDAA would include pay raises for America’s soldiers.

China’s Ministry of Justice has drafted new rules that would restrict how foreign religious groups and worshipers operate. The draft rules are intended to prevent the spreading of what the government calls “religious extremism” or use of religion “to undermine China’s national or ethnic unity.” They could usher in strict new requirements for holding services, including describing the primary religious texts used, listing the nationality and visa status of all attendees and obtaining special permits. Chinese President Xi Jinping has historically been harsh on organized religion and has overseen a major clampdown on Uyghurs and other Muslim minority groups, as well as other campaigns against Christians and Tibetan Buddhists. Meanwhile, India has banned more than 40 new Chinese apps on the grounds of national security. It’s the latest sign of declining relations between the two major powers.

At least seven people have been killed in ongoing violent protests in northern Iraq, where government workers are demanding their salaries be paid as Covid-19 takes its toll on the country’s economy. Hundreds of protesters have demonstrated in several towns, saying they have not received their monthly paychecks since October. More than 1.25 million people are employed by the Kurdistan Regional Government. Iraqi President Barham Salih has called on the regional government to work with the federal government to resolve the pay issue. The pandemic, and the resulting drop in oil prices, have seriously impacted Iraq’s economy. Local governments in Baghdad and other parts of Iraq have also struggled to pay their employees on time.

Purdue Pharma, the maker of OxyContin, has pleaded guilty to three federal criminal charges related to the company’s role in creating the nation’s opioid crisis. The plea deal, announced in October, includes the largest penalties ever levied against a pharmaceutical manufacturer, with fines of more than $5.5 billion. Purdue Pharma declared bankruptcy last year and will be dissolved as part of the deal to form a new company that operates solely in the public interest. The company says by pleading guilty, it is taking responsibility for past misconduct. Drug overdoses steal thousands of American lives every year, including 70,000 in 2018 alone, according to the CDC. The majority of these deaths – 70% in 2018 – are caused by prescription or illicit opioids like OxyContin.

Your spice cabinet just got a lot cozier.

The crossover event we didn’t know we needed.

It’s good to be purpose-driven … but not like this.

“Sitting in a hospital bed, watching my husband’s heart break as he tried to hold the shattered pieces of mine, I realized that the only way to begin to heal is to first ask, ‘Are you OK?’”

Meghan, Duchess of Sussex, writing about a miscarriage she suffered in July. In an opinion piece for The New York Times, the former actress described the difficulty of losing her second child with Prince Harry. 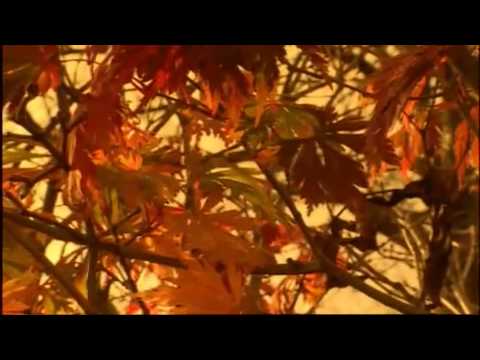 “Spring” is the famous one. “Summer” is the dramatic one. “Winter” is the atmospheric one. But Vivaldi’s “Fall” really is underrated. And yes, it makes for some lovely post-dinner (and 5 Things-writing) listening. (Click here to view.)