Winter means holiday cheer for some and for others – check out this list of fun stuff to do to help offset the blues.

The coronavirus pandemic across the nation is turning from bad to worse so fast that an influential academic modeling group raised the deaths forecast to 471,000 by March. “Hospital systems in most states will be under severe stress during December and January even in our reference scenario. Increasing mask use to 95% can save 65,000 lives by March 1,” the Institute for Health Metrics and Evaluation said. More than 2,000 deaths were reported yesterday – the highest number since May. The US Centers for Disease Control and Prevention urged Americans not to travel for Thanksgiving and scale back on traditional gatherings to slow the spread. Medical staff have not been spared either with about 900 staff members contracting coronavirus at the Mayo Clinic in the Midwest over two weeks. States like California, Arkansas and Ohio are reimposing strict measures that include curfews for residents and businesses in the hardest-hit areas.

Judges in Arizona, Pennsylvania and Georgia tossed out election-related lawsuits in the latest round of defeats for President Donald Trump’s campaign. In an increasingly far-fetched bid to derail President-elect Joe Biden’s win before the Electoral College certifies him, Trump’s attorneys had filed several lawsuits. One judge, a Trump appointee in Georgia, called the move to block election results “quite striking” and rejected the effort to stop Biden’s win – and a state recount confirmed the victory. In Arizona, a state judge declined to audit votes and delay the final results, saying the lawsuit couldn’t be retooled and brought again. And in Pennsylvania, a state judge ordered the counting of over 2,000 absentee ballots the Trump campaign did not want included. Meanwhile, the President told an ally that he knows he lost, but he’s delaying the transition process to get back at Democrats for questioning the legitimacy of his 2016 election, a source told CNN.

Apple has agreed to pay $113 million to dozens of states over a previous practice of deliberately slowing down older iPhones to extend their battery life. The company, which settled an investigation by 34 states, was accused of not being transparent about its iPhone battery problems that led to unexpected device shutdowns. Instead of disclosing the issue or replacing the batteries, it pushed a software update in December 2016 that impacted the performance of older iPhone models. News of the practice outraged Apple users, igniting what some called “batterygate.” Many believed it was an effort to encourage users to buy new iPhones.

Australia’s top defense official is apologizing after a new report that states the nation’s elite forces unlawfully killed 39 Afghan civilians and prisoners. The report detailed a “warrior culture” among some members of Australia’s special forces serving in Afghanistan and described an environment where “blood lust” and “competition killings” were a norm. Weapons or handheld radios were sometimes allegedly placed by a body to make it seem like the person was killed in action, according to the report. Australia’s role in the Afghanistan war was split into two phases – Operation Slipper from 2001 until 2014 and the ongoing Operation Highroad, which began in 2015. In response to the report, a Taliban spokesman said the alleged killings were just “a small sample of the war crimes committed by invaders.”

In a last-ditch effort before they face deportation, children in federal custody are pleading for help from President Donald Trump, President-elect Joe Biden and Congress. Two girls ages 14 and 15 wrote a letter on behalf of 28 children and their families who are held at facilities in south Texas and Pennsylvania. An accompanying letter signed by more than 60 organizations – including Amnesty International and Kids in Need of Defense – called for officials to give the children and their families a chance to seek asylum, and for lawmakers to step in and pass legislation to help them if necessary. “It would be fundamentally unfair to deport these children based upon rules and policies that have since been declared unlawful,” the organizations wrote.

Time is just as priceless

Diamonds may be forever, but that doesn’t mean they have to take eons to form. Australian scientists have found a way to make them in minutes.

Xingshuo Huang holds the diamond anvil that a team used to make diamonds in a lab at Australian National University.
Jamie Kidston/ANU

Tiny birdie in the big city

A petite owl hitched a ride inside the Rockefeller Christmas tree in New York. He’s safe now and getting some much-needed R&R after the long trip.

‘Supernatural’ is no more

The series finale marked an emotional end to 15 seasons of the story of two monster-hunting brothers.

Not everyone’s a fan

Tesla’s newest Model Y has reliability problems that have dragged it near the bottom of the Consumer Reports rating.

Help for some busy workers

Researchers have created a map of all 20,000 global bee species to help conserve the insects we rely on to pollinate crops.

The number of acres scorched by wildfires all over the country this year.

“I’ve had a lot of people say I’m a hoax. I had someone report me to Facebook for being a fake profile.”

Dr. David Burkard on social media reactions to his coronavirus diagnosis from some who don’t believe the virus exists. 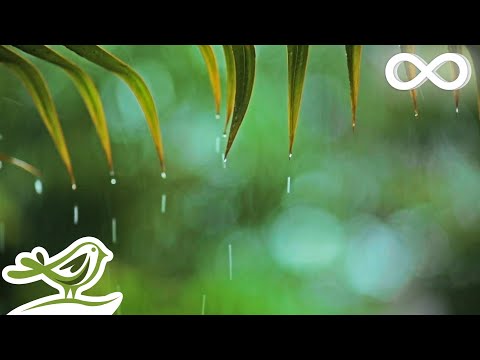 It’s been another long week of uncertainty. These soothing sounds of rain and nature are a zen way to kick off the weekend. (Click here to view.)