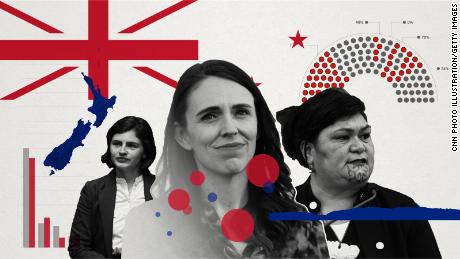 New Zealand has just elected one of the most diverse parliaments in the world. Here's how it stacks up

But in New Zealand, that was just the start.
When Prime Minister Jacinda Ardern was reelected in a landslide last month, she brought with her a diverse cast of politicians that make up what is -- by some measures -- the most inclusive parliament in the world.
Almost half of New Zealand's newly sworn-in Parliament are women and 11% are LGBTQ. Both New Zealand's Indigenous Māori and people with Pacific Island heritage are represented at a slightly higher rate than in the general population.
Politicians from diverse backgrounds aren't just making up numbers in Parliament -- they're in key positions of power.
Read More
Eight of Ardern's <a href="https://dpmc.g