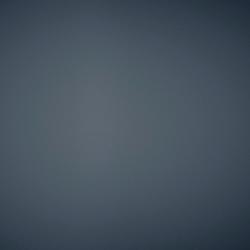 CNN Underscored reviews financial products such as credit cards and bank accounts based on their overall value. We may receive a commission through The Points Guy affiliate network if you apply and are approved for a card, but our reporting is always independent and objective.

As travel restrictions drag on into 2021, American Express continues to proactively introduce temporary “at home” benefits on its travel cards. On Monday, the issuer unveiled its latest additions, which enlarge its already existing partnership with Uber and its Uber Eats division.

Eats Pass is a monthly Uber Eats subscription service that offers unlimited $0 delivery fee and 5% off restaurant orders over $15, as well as a $0 delivery fee on grocery deliveries over $30 in select markets. The Eats Pass membership normally costs $9.99 per month, so this new complimentary benefit is potentially worth as much as $119 if you can utilize it in your area.

In addition, a new permanent Uber-related benefit will soon launch on the American Express Gold card. Starting early next year, card members with the Amex Gold will receive up to $120 annually in Uber Cash, which can be used on Uber Eats orders or domestic Uber rides. The Uber Cash will be available in increments of $10 each month for each of the 12 months of the year.

If you don’t already have an American Express Gold card, now’s an ideal time to take a look at it. That’s because right now new card applicants can earn 60,000 bonus points after spending $4,000 on the card in the first six months after opening the account, which is the highest welcome bonus we’ve ever seen publicly available on the Amex Gold.

The Amex Gold already comes with up to $120 in annual dining credits, which are similarly broken into increments of $10 each month, and can be used at Grubhub, Seamless, The Cheesecake Factory, Ruth’s Chris Steak House, Boxed and participating Shake Shack locations.

While the Amex Gold isn’t a cheap card at $250 per year, if you can use all of the dining credits and all of the Uber Cash, you’re getting up to $240 in credits each year from those two benefits alone. And for 2021, you’ll also have access to the airline fee credit, so you can actually make money from this card for the first year you have it if you get it now.

Start earning bonus rewards at restaurants and US supermarkets with the American Express Gold card.

However, if the Amex Gold is too pricey for you, you might consider the Amex Green card. It has a lower $150 annual fee, and in addition to the new complimentary Uber Eats Pass membership, it comes with up to $100 in annual Clear credits as well as up to $100 in annual LoungeBuddy airport lounge credits. The Amex Green also earns 3 points per dollar on travel and at restaurants worldwide (including takeout and delivery), and 1 point per dollar on all other purchases.

And if you expect to be traveling a lot in 2021 once travel gets back to normal, you can take a look at the Amex Platinum. It’s a card that’s designed for road warriors, so in addition to the new complimentary Uber Eats Pass membership, it has a lot of luxury travel perks, such as up to $200 in annual airline fee credits, up to $200 in Uber Cash, up to $100 in Saks Fifth Avenue credits and access to the American Express Centurion Lounges, Delta Sky Clubs (when flying Delta) and Priority Pass lounges around the world as well as a slew of other benefits.

At $550 a year, you’ll be putting out a lot of money for the Amex Platinum card. But the travel perks can easily pay for themselves if you can use them, and the card can make flying a little bit easier, especially if you’re looking for an airport lounge while you’re traveling during these stressful times.

Many people have come to rely more on food delivery services during the pandemic, so if you find yourself using Uber Eats even once or twice a month, the new complimentary Eats Pass membership should save you some money. It’s a welcome addition to the trio of Amex personal charge cards, especially since it can be difficult to use some of the travel-related benefits of those cards at the moment.

You also have until December 31 of next year to activate the membership, so if you aren’t using food delivery at the moment, you can hold off on enrolling until sometime next year when you can take better advantage of it. But we’re guessing most people will be best able to utilize it in the near future, so if you have an Amex Green, Gold or Platinum personal card, make sure to activate your new Uber Eats Pass starting today.

For more info on the new American Express Uber Eats benefits and to enroll, go to americanexpress.com/uber.

Get all the latest personal finance deals, news and advice at CNN Underscored Money.

Editorial Disclaimer: Opinions expressed here are the author's alone, not those of any bank, credit card issuer, airlines or hotel chain, and have not been reviewed, approved or otherwise endorsed by any of these entities.

Note: While the offers mentioned above are accurate at the time of publication, they're subject to change at any time and may have changed, or may no longer be available.