When it comes to her privacy, Emma Roberts had to draw a line.

During a recent appearance on “Jimmy Kimmel Live,” the “American Horror Story” actress revealed that she got into an Instagram war with her mother after she leaked news of Roberts’ pregnancy.

According to Roberts, her mother, Kelly Cunningham, is not tech savvy and had a flip phone until three years ago.

So the “Scream Queens” star got her mom an iPhone for Mother’s Day.

“I was, like, ‘Now we can FaceTime and iMessage. And like, how sweet,’” Roberts said. “And it was just such a love fest. And it was the worst thing I ever did.” 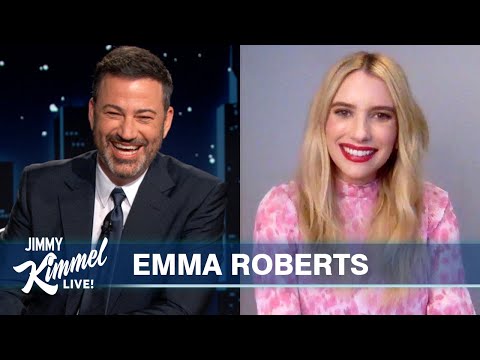 Seems like the trouble started when Cunningham set up Google alerts about her daughter and started checking in often about the veracity of some of the stories floating around.

Then the matriarch joined Instagram and things really took a turn.

After a tabloid reported speculation that Roberts and her boyfriend, Garrett Hedlund, were expecting her first child, one of her Instagram followers asked her if it was true in the comments.

Her mother took it upon herself to respond, “Yes” and to receive congratulations with “Thank you so much! We’re so excited.”

“It was a disaster,” Roberts said. “And I found it all out on a plane so I couldn’t get to her. Like, I couldn’t call her or attack her. I could just iMessage with her and DM her and ask her to please stop.”

Cunningham didn’t understand all of the fuss because she confused the tabloid report with Roberts going public.

The pair had a bit of back and forth over it, and Roberts told Kimmel, “I blocked her at one point. It was my only weapon.”

“She texted me at 2 a.m., ‘Queen, did you block me? Sad face,’” Roberts said. “I was like, ‘Yes, I did block you.’ Then I unblocked her. It’s been an Instagram war with my mother that I never saw coming.”

All is well now it seems, and the still pregnant Roberts joked that some day it will be “a good story to tell the baby.”