GOP senator unloads on Trump in constituent call, saying ‘he mocks evangelicals’ and has ‘flirted with White supremacists’

Republican Sen. Ben Sasse criticized President Donald Trump earlier this week during a phone call with constituents, saying a number of unflattering things about the President, including that he’s “flirted with White supremacists” and “kisses dictators’ butts,” his office confirmed to CNN.

“The way he kisses dictators’ butts. I mean, the way he ignores that the Uyghurs are in literal concentration camps in Xinjiang right now. He hasn’t lifted a finger on behalf of the Hong Kongers,” Sasse said in response to a constituent’s question about his relationship with Trump and his past criticisms of the President.

“The United States now regularly sells out our allies under his leadership. The way he treats women and spends like a drunken sailor. The ways I criticized President (Barack) Obama for that kind of spending I’ve criticized President Trump for as well. He mocks evangelicals behind closed doors. His family has treated the presidency like a business opportunity. He’s flirted with White supremacists,” the Nebraska Republican said. 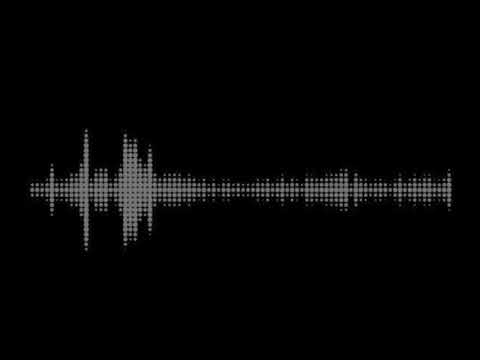 The comments were first reported by The Washington Examiner, which obtained audio of the call. Sasse’s office confirmed to CNN on Thursday that the senator made the comments during a “campaign telephone town hall call that went to about 17,000 Nebraskans.”

Despite Sasse’s reputation as a periodic critic of the President, he’s been a reliable Republican vote for Trump administration nominees and GOP policies. The Sasse spokesman did not respond to an inquiry about whether the Nebraska Republican supports Trump’s reelection.

Republican lawmakers have largely avoided attacking Trump since he took office nearly four years ago, but the rare pointed criticism from Sasse comes just several weeks before an election in which the party is at risk of losing both the White House and the Senate, which the senator emphasized in his answer.

Complaining about Trump’s “stupid political obsessions,” Sasse stressed during the call the possibility that the President’s political brand could alienate women and young voters in the future.

“If young people become permanent Democrats because they’ve just been repulsed by the obsessive nature of our politics, or if women who were willing to still vote with the Republican Party in 2016 decide that they need to turn away from this party permanently in the future, the debate is not going to be, you know, ‘Ben Sasse, why were you so mean to Donald Trump?’ ” he said. “It’s going to be ‘What the heck were any of us thinking that selling a TV-obsessed narcissistic individual to the American people was a good idea?’ It is not a good idea.”

The senator also criticized Trump’s handling of the coronavirus pandemic, saying he doesn’t think the President’s leadership during the crisis has been “reasonable or responsible.”

“The reality is that he careened from curb to curb. First, he ignored Covid. And then he went into full economic shutdown mode. He was the one who said 10 to 14 days of shutdown would fix this, and that was always wrong,” he said. “So I don’t think the way he’s led through Covid has been reasonable or responsible or right.”

Sasse’s spokesman, James Wegmann, pointed to the senator’s concerns about Republican control of the Senate in a statement to CNN on Thursday.

“I don’t know how many more times we can shout this: Even though the Beltway is obsessing exclusively about the presidential race, control of the Senate is ten times more important,” he said. “The fragile Senate seats that will determine whether Democrats nuke the Senate are the races Ben cares about, the races he’s working on, and the only races he’s talking about.”

Sasse’s criticism comes the same week that Trump was also lambasted by another member of his party – Sen. Mitt Romney of Utah – who pointed to the President’s rhetoric as helping to cause the “vile, vituperative, hate-filled morass” that he said is the current tone of American politics.

Sasse noted in the call that he hadn’t supported Trump during his 2016 campaign.

“This has been my fear for five years,” he said on the call. “It’s why I campaigned for everybody not named Trump in 2016.”