Dogs aren’t hardwired to care about human faces, a new study has found, and there’s no area in their brain designed to distinguish between the back or front of someone’s head.

Researchers measured brain activity in dogs and humans as they showed them videos of faces and backs of heads, a press release from Eötvös Loránd University, in Hungary, said.

While faces are hugely important for visual communication in humans, the same can’t be said for our canine companions.

Not always the face – how humans and dogs see each other 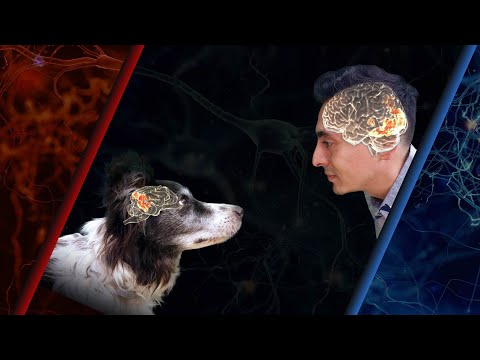 Experiments involving functional magnetic resonance imaging on 20 dogs were carried out at Eötvös Loránd University and the National Autonomous University of México, Querétaro, Mexico, two of very few facilities that can scan dogs’ brains when they are awake and unrestrained.

Instead, dogs use more information from smell or larger parts of the body, study co-author Attila Andics of Eötvös Loránd University, told CNN.

18 August 2020, Berlin: A 2-year-old bitch of the breed Shiba Inu is taken for a walk by his mistress in the Volkspark Friedrichshain. Guaranteed run-out, sufficient care time for puppies: Federal Minister of Agriculture Klöckner (CDU) wants to issue stricter rules for animal transports and dog breeders. Animal protection and dog owner associations welcome the initiative in principle. For some, however, it could go further. Photo: Annette Riedl/dpa (Photo by Annette Riedl/picture alliance via Getty Images)
Annette Riedl/picture alliance/Getty Images

The full study, described by researchers as the first one of its kind, was published in the Journal of Neuroscience Monday.

Andics told CNN that dogs do care about human faces, even if their brains aren’t specifically tuned into them.

“I think it is amazing that, despite apparently not having a specialized neural machinery to process faces, dogs nevertheless excel at eye contact, following gaze, reading emotions from our face, and they can even recognize their owner by the face,” Andics said.

“During domestication, dogs adapted to the human social environment, and living with humans they quickly learn that reading facial cues makes sense, just as humans learn to pay attention to little details, of let’s say, a phone, without having specialized phone areas in their brain.”

The team will also investigate whether dog brains have developed different specializations as a result of living with humans, Andics added.