Missing the Kardashians already? Here are some of the show’s best moments

The end of an era draws close.

After 14 years, “Keeping Up with the Kardashians” will wrap up its run on E! in 2021, the Kardashian-Jenner clan announced on Tuesday.

The reality TV juggernaut, which burst upon an unsuspecting world in 2007, has entertained millions while giving fans front row seats to the lives of the Kardashian siblings – Kourtney, Kim, Khloé and Rob – their mother, the “momager” Kris Jenner, and their half-sisters, Kendall and Kylie Jenner.

Through the fly-on-the-wall footage, the first family of American reality TV shared “the good times, the bad times, the happiness, the tears, and the many relationships and children.”

In other words: enough dramatic and emotional moments to last many viewers a lifetime.

From the fallout from Kim’s 72-day marriage to Kris Humphries to Kylie mistaking a piglet for a chicken, here’s a look back at the show’s most memorable moments as fans prepare to bid farewell.

When Kim Kardashian lost her diamond earring in the ocean

In season 6, Kim had a meltdown after losing her $75,000 diamond earring in the Pacific Ocean during a family trip to Bora Bora.

As a distraught Kim shed tears over the loss, her older sister Kourtney delivered TV gold with the perfectly timed line: “Kim, there’s people that are dying.” 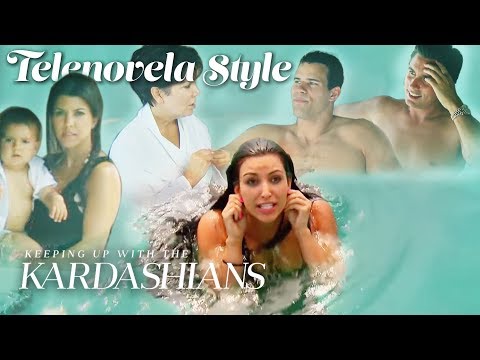 The gender transition of Bruce Jenner

In an emotional season 10 special called “About Bruce,” Kris Jenner’s former spouse – now Caitlyn, but known at the time as Bruce Jenner – revealed his plan to transition to daughters Kylie and Kendall. 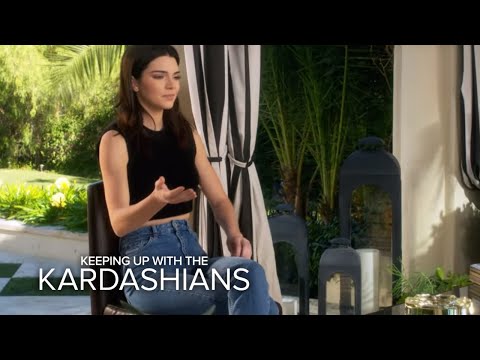 The Kardashian-Jenner family have been captivating audiences since season one, when Khloe was on her way to jail for violating probation stemming from a 2007 DUI arrest and Kim thought it was the perfect time to take a load of selfies.

When Kim attacked Khloé with a handbag

In season two, Kim had one of her many sibling squabbles with Khloé after Kim bought a new Bentley. During their fight, Kim tried to wallop her younger sister with her purse and yelled “Don’t be f**king rude.” 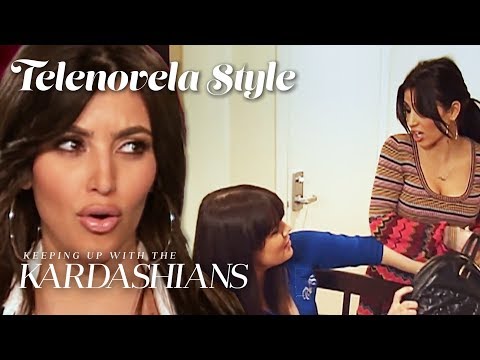 When Kanye proposed to Kim

In Season 9, Kanye West pulled off an elaborate surprise proposal to Kim at the AT&T Park in San Francisco, complete with full orchestra and fireworks.

He popped the question with a 15-carat diamond ring as Lana del Rey’s “Young and Beautiful” provided the soundtrack.

In Season 12 of “KUWTK,” Kris Jenner slammed her daughter for her shorted-lived marriage after Khloé, Kourtney and Kim accused her of “enabling” their brother by buying him a house.

Kris hit back: “I’ve seen you guys through so much sh*t that you do that I have to f**king put up with. ‘I’m married for 72 days.’ Really? That was normal.” 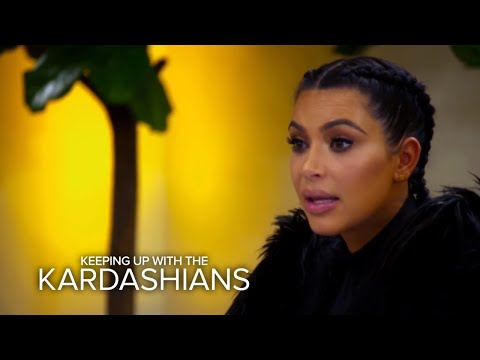 When Kylie asked: “Is that a chicken?”

Loyal fans of the show will remember the hilarious deleted clip, when momager Kris surprised Kylie with a tiny piglet as a housewarming gift. Her response? An excited squeal of: “Is that a chicken?!” 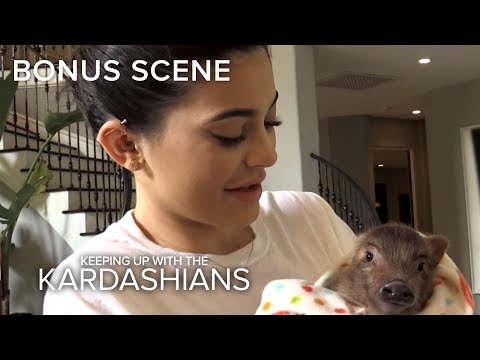 When Kourtney used the alphabet to get out of an argument

During one scene from season 11, Kourtney got tired of a conversation with her ex-partner, Scott Disick, and tried to shut it down by saying: “ABCDEFG.” When he asked her what that meant, she responded: “It’s just a phrase I like use…that means the conversation is over.”

But whatever Kourtney may say, the conversation isn’t quite over yet – “KUWTK” returns to screens on September 17, and the final season is scheduled for early next year.