This New Zealand man gets paid $10,000 a year to be a city's official wizard

The Wizard and his apprentice Ari Freeman in central Christchurch, New Zealand, on June 2, 2020.

It wasn't Halloween, and they weren't on their way to a costume party. And while they attracted attention from passersby, there was no finger pointing or all-out stares.
That's because, in Christchurch, seeing a wizard isn't completely out of the ordinary.
For decades, the city has had an official wizard. Born in the United Kingdom, Ian Brackenbury Channell settled in New Zealand in the 1970s, where he became known as The Wizard. As if to reinforce how serious he is, he even held a New Zealand driver's license issued to The Wizard, although he says he hasn't officially changed his name.
The Wizard in central Christchurch, New Zealand, on June 2, 2020.
Over the years, he became a fixture in the city. On the paved square in front of Christchurch's cathedral, he pontificated on his life theories, wore wizard robes and became such a well-known figure that he earned himself a TripAdvisor rating (four out of five stars). Since 1998, he's been paid 16,000 New Zealand dollars ($10,400) annually by the Christchurch City Council for "wizardry."
Read More
Now age 87, The Wizard spends less time in the public eye. He wants to find a successor -- and appears to have got one in 39-year-old Ari Freeman, who teaches guitar and fronts a psychedelic funk band.
As he and Freeman sit at at a table outside a sunny, inner-city cafe, a middle-aged cyclist calls out to them: "No casting spells fellas!"
"Can't promise anything," Freeman quips.

As a young man, The Wizard backpacked around Europe, was a Royal Air Force Officer in Canada, and taught English literature at the University of Tehran. But it wasn't until he moved to Australia with his then-wife that he found the role he would spend his life playing: The Wizard.
After finishing his degree in sociology and psychology, he worked as a community arts organizer for the University of Western Australia in Perth, and then as a teaching fellow in sociology at the University of New South Wales (UNSW) in Sydney.
There, he started what he called a "fun revolution," aimed at bringing love, logic and levity to the world, and turning the university into a "theater of the absurd." When he lost his university job, he hatched a plan with the vice chancellor to give him a new position -- UNSW's first official wizard.
"I've invented a wizard out of nowhere," says The Wizard. "There were no wizards when I arrived in the world, except in books."
A picture of him in the role -- published by Origins, the newsletter of the UNSW Archives -- shows him wearing a leather jacket, standing on a chair and holding a skull like a modern-day Hamlet. 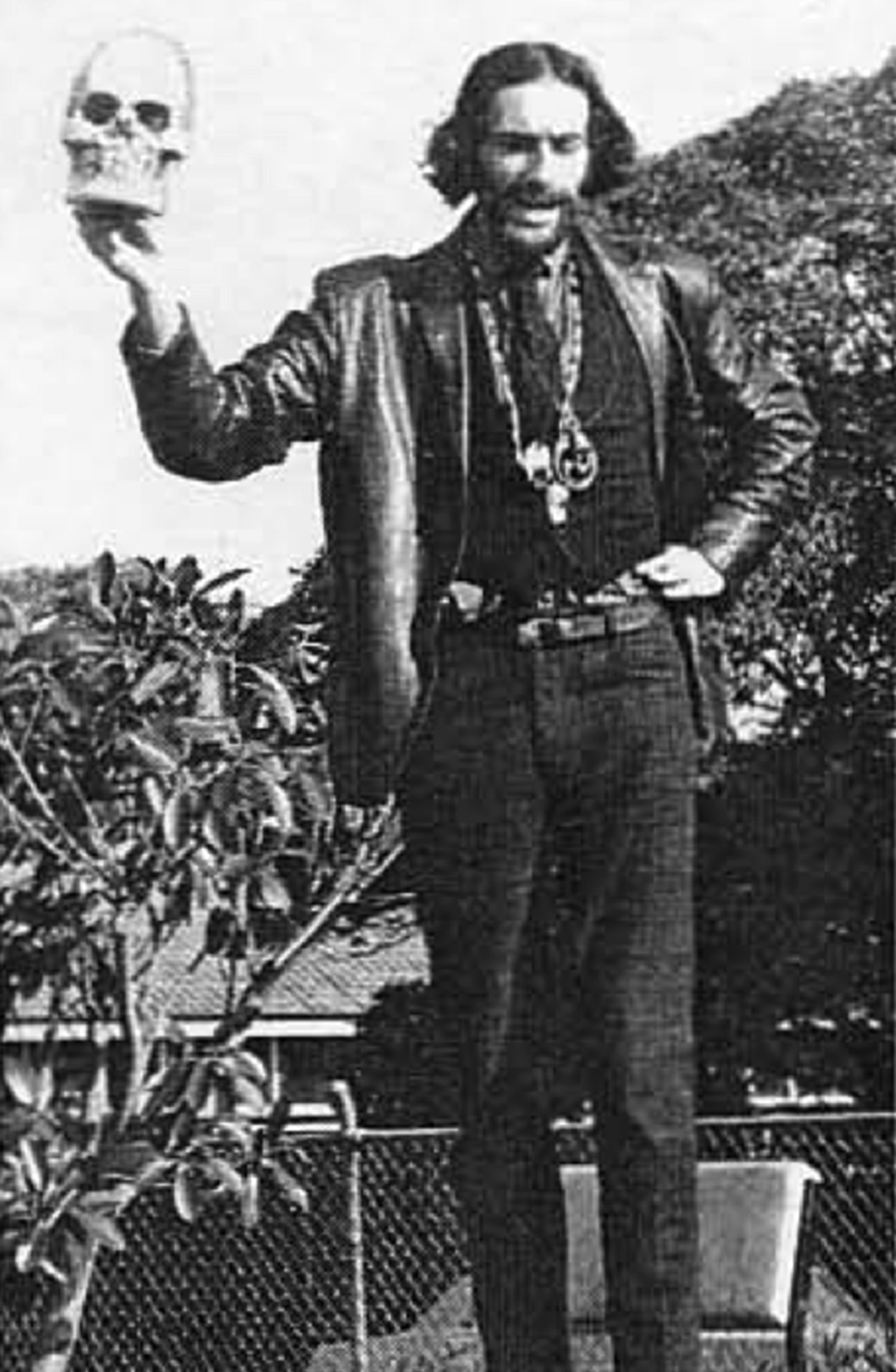 The Wizard was a prominent part of campus life at the University of New South Wales (UNSW) in Sydney, Australia. (Credit: UNSW Archives) 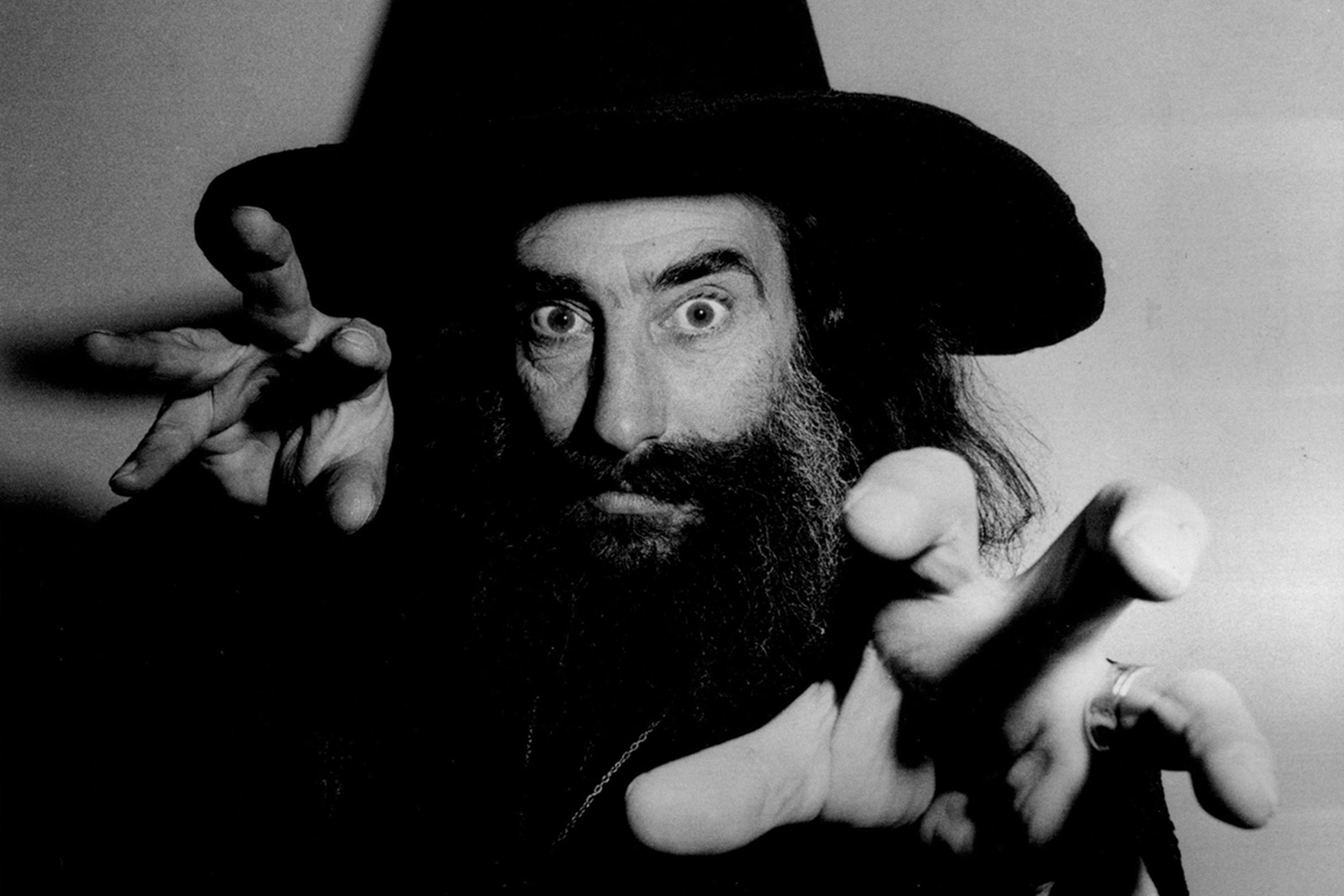 To The Wizard, his job doesn't mean casting spells, or impersonating Gandalf from JRR Tolkien's Lord of the Rings trilogy. As he sees it, his role is to be a kind of provocateur -- someone who brings a sense of fun to the world, but also criticizes the system. A showman, who doesn't mind making a fool of himself.
"Every day the world gets more serious, so fun is the most powerful thing in the world right now," he says.
But, as The Wizard tells it, there were plenty of people against him. The academics in Sydney didn't like what he was doing ("academics don't like silly, fun things," he says) so he headed to the University of Melbourne, where he claims he led his own cosmology department. The university, however, says that is an "aggrandizement" of what he was doing -- according to them, he was not employed by the university, although he was associated with the student union.
When he became a wizard, he said he lost all his friends and his wife left him -- he says he turned her throwing him out of the house into a ritual by inviting friends to come, too. "To me it was fun, but not to her. She's still furious."
So in 1974, he moved to Christchurch, New Zealand. And it was there that his wizarding path really took off.

If there was ever a place to be a wizard, Christchurch is it.
While many inner-city buildings are still in disrepair from the 2011 earthquake that devastated the city and killed 185 people, some of its Gothic-revival architecture remains, and there's a distinctly British feel to the built environment. When low-lying fog rolls through the city, clinging to the gray stone buildings and colonial-era statues, it has the effect of conjuring a scene out of a British crime series, or low-budget horror movie.
In short: it's suitably mystical for a wizard.
The Wizard after the Christchurch Square reopened to the public in 2013 following a deadly earthquake in 2011.
When The Wizard arrived in Christchurch in the 1970s, he saw the city as the "romantic dream," a beautiful place far from the rest of the world which was unlikely to become a hub for economic development.
Once there, he became a mainstay in Cathedral Square, where he stood on a ladder and dressed in a variety of outfits, including in a loin cloth as John the Baptist. He praised the British Empire and criticized what he calls "anti-male sexism."
At first, the council wasn't taken with him, according to The Wizard. They initially refused to appoint him the city's official wizard and wouldn't grant him the written permission he needed to speak in the square under Christchurch bylaws. So The Wizard played "silly games with the council" -- he wore a gas mask and spoke in French, hoping to evade the rules.
<img class="media__image media__image--responsive" alt="The Wizard waits for the arrival of Britain&#39;s Prince William and Kate during their royal visit to Christchurch on April 14, 2014. " data-src-mini="//cdn.cnn.com/cnnnext/dam/assets/200730035445-03-new-zealand-wizard-file-photo-small-169.jpg" data-src-xsmall="//cdn.cnn.com/cnnnext/dam/assets/200730035445-03-new-zealand-wizard-file-photo-medium-plus-169.jpg" data-src-small="//cdn.cnn.com/cnnnext/dam/assets/200730035