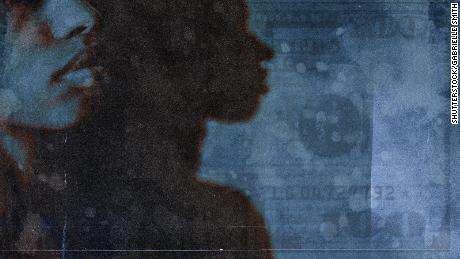 Beirut, Lebanon — A deep sense of fear descended over Gloria as she stepped off the bustling street into her country's consulate. Weeks earlier, she said, she paid the honorary consul $1,500 saved up over five years laboring as a domestic worker to help her return to Kenya. He was asking for more money, she said, and she braced herself to confront him.
"Good morning, sir," she said. "I've come to take back my money."
A slap across the face is what Gloria said she received in response. Followed by a struggle. Between her and the consul.
"They started pushing me and beating me and I also pushed them," Gloria told her cousin in the immediate aftermath. "They called me a whore. They cursed my sister and they told me to eat sh*t."
A glass door panel shattered from the impact of her body hitting it and her face was soaked after the consul poured water from a plastic cup on her, she told CNN.
Read More
CNN compiled the details of Gloria's alleged assault from interviews with her, testimony from a source with knowledge of the consulate, voice memos she sent shortly after as well as an account from a family member she confided in following the confrontation at the consulate in November 2019.
Gloria, an undocumented migrant worker, is one of seven women who say they were exploited or physically assaulted by Kenya's Honorary Consul in Lebanon, Sayed Chalouhi, and his assistant Kassem Jaber, both Lebanese nationals.
Another domestic worker, Linda, told CNN that Chalouhi suggested she do sex work to save up for her repatriation fees -- and that when she instead turned to cleaning his office for money, he refused to pay her. Georgina said she was repeatedly pressured by the consul to pursue sex work -- and that she was exploited for cash.
Melinda, who also alleged physical abuse at the consulate, said she spent three years saving up over $1,000 in fees, only to have the funds withheld from her. When Tracy asked the consulate to facilitate her repatriation, they inflated the cost by $550 and refused to begin the process until she covered the payment. Two other domestic workers, Elizabeth and Lisa, also said they were overcharged.
Throughout this report, Kenyan women have been identified by pseudonyms for their security.
CNN has also seen details of other Kenyan domestic workers' cases compiled as part of an investigation by a Beirut-based migrant rights group, the Anti-Racism Movement, which allege exploitation at the consulate. Two local recruitment agents -- who work with domestic workers in the city -- told CNN they were aware of overcharging. One of them alleged that Chalouhi was "running the consulate like a business."
The accounts paint a picture of a Kenyan consulate in Lebanon that grossly neglects its country's largely female group of expats, regularly overcharging them for essential consular fees and acting with impunity as they physically and verbally punish women who try to call out their abuses of power.