11 billion years of history in one map: Astrophysicists reveal largest 3D model of the universe ever created

A global consortium of astrophysicists have created the world’s largest three-dimensional map of the universe, a project 20 years in the making that researchers say helps better explain the history of the cosmos.

The Sloan Digital Sky Survey (SDSS), a project involving hundreds of scientists at dozens of institutions worldwide, collected decades of data and mapped the universe with telescopes. With these measurements, spanning more than 2 million galaxies and quasars formed over 11 billion years, scientists can now better understand how the universe developed.

“We know both the ancient history of the Universe and its recent expansion history fairly well, but there’s a troublesome gap in the middle 11 billion years,” cosmologist Kyle Dawson of the University of Utah, who led the team that announced the SDSS findings on Sunday.

“For five years, we have worked to fill in that gap, and we are using that information to provide some of the most substantial advances in cosmology in the last decade,” Dawson said in a statement.

The eBOSS 3D map of the Universe 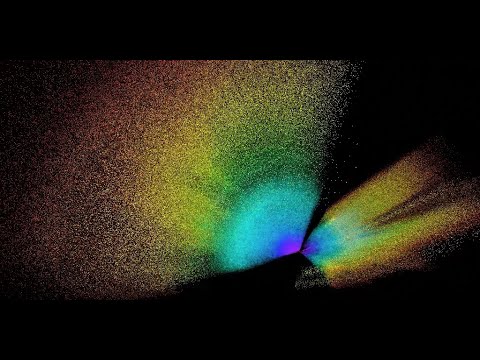 Here’s how it works: the map revealed the early materials that “define the structure in the Universe, starting from the time when the Universe was only about 300,000 years old.” Researchers used the map to measure patterns and signals from different galaxies, and figure out how fast the universe was expanding at different points of history. Looking back in space allows for a look back in time.

“These studies allow us to connect all these measurements into a complete story of the expansion of the Universe,” said Will Percival of the University of Waterloo in the statement.

The team also identified “a mysterious invisible component of the Universe called ‘dark energy,’” which caused the universe’s expansion to start accelerating about six billion years ago. Since then, the universe has only continued to expand “faster and faster,” the statement said.

Astronomers developed a mosaic of the distant Universe, called the Hubble Legacy Field, that documents 16 years of observations from the NASA/ESA Hubble Space Telescope. The image contains 200,000 galaxies that stretch back through 13.3 billion years of time to just 500 million years after the Big Bang. The new set of Hubble images, created from nearly 7,500 individual exposures, is the first in a series of Hubble Legacy Field images. The image comprises the collective work of 31 Hubble programs by different teams of astronomers. Hubble has spent more time on this small area than on any other region of the sky, totaling more than 250 days, representing nearly three-quarters of a year. The team is working on a second set of images, totaling more than 5,200 Hubble exposures, in another area of the sky.
NASA/ESA

This image is a 'history book' of the universe

There are still many unanswered questions about dark energy – it’s “extremely difficult to reconcile with our current understanding of particle physics” – but this puzzle will be left to future projects and researchers, said the statement.

Their findings also “revealed cracks in this picture of the Universe,” the statement said. There were discrepancies between researchers’ measurements and collected data, and their tools are so precise that it’s unlikely to be error or chance. Instead, there might be new and exciting explanations behind the strange numbers, like the possibility that “a previously-unknown form of matter or energy from the early Universe might have left a trace on our history.”

The SDSS is “nowhere near done with its mission to map the Universe,” it said in the statement. “The SDSS team is busy building the hardware to start this new phase (of mapping stars and black holes) and is looking forward to the new discoveries of the next 20 years.”