The United States saw a record number of new coronavirus cases in a single day Thursday, with 51,504 reported, according to Johns Hopkins University’s tally of cases.

There are at least 2,739,092 cases of coronavirus nationwide. The previous record set on Wednesday was 51,174.

As the numbers skyrocket, some states are having a change of heart on face coverings to combat the spread of cornavirus. Texas has mandated that residents wear masks in public in hopes that the number of coronavirus cases will start shrinking. The nation’s second most-populous state won’t allow people who are in counties with 20 or more active Covid-19 cases to go out without a face covering. About 95% of Texans live in those areas.

Nineteen states and Washington, DC, will have such a mask mandate, when orders in Texas and Kansas go into effect Friday.

“We have the ability to keep businesses open and move our economy forward so that Texans can continue to earn a paycheck, but it requires each of us to do our part to protect one another – and that means wearing a face covering in public spaces,” Texas Gov. Greg Abbott said.

There are exceptions to the order, including Texans younger than 10 and people who have a medical condition that prevents wearing a mask. Repeat violations can result in a fine, the order says.

The directive comes as Texas, like other states, sees a jump in cases. Texas on Thursday reported 7,915 new Covid-19 cases.

The Texas Democratic Party said Abbott, a Republican, had acted too late.

“This is unacceptable. Governor Abbott continues to lead from behind rather than implementing preventive measures to stop the spread of the coronavirus,” the party said in a statement.

“Texans are still getting sick. Families are still suffering. Texans still don’t know how they are going to put food on the table,” the statement reads. “All of this could have been prevented if Governor Abbott had listened to experts and medical professionals in the first place.”

‘We are not going in the right direction,’ Fauci says

This comes as the top medical expert on the pandemic said the country is going in the wrong direction in its efforts to slow the virus.

The trends of the pandemic are not headed in a positive direction, but it’s possible to balance the yearning to reopen with precautions that can help slow the spread of the virus, Dr. Anthony Fauci said in an interview with the Journal of the American Medical Association. 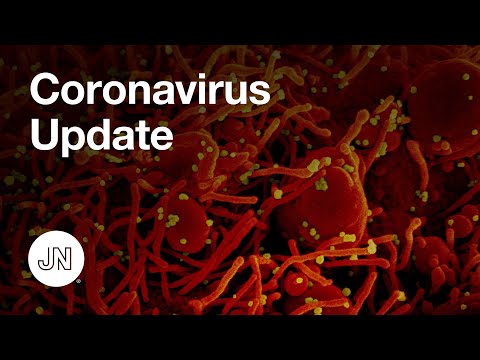 “I think it’s pretty obvious that we are not going in the right direction,” said Fauci, director of the National Institute of Allergy and Infectious Diseases.

Fauci said it’s not a case of either supporting reopening or supporting public health measures.

“There’s this feeling of an all-or-none phenomenon, where you’re either on lockdown or you’re just going to say … the devil may care and just let it all go,” Fauci said.

The best way to reopen is to sensibly use public health measures, he added.

Just days before the July Fourth weekend the United States set another high for new coronavirus cases and at least 23 states were pausing reopening plans to combat mounting infections.

The current spike in new cases is due to an increase in infections, not because of more testing, said Adm. Dr. Brett Giroir, assistant secretary for health for the US Department of Health and Human Services.

Health officials are urging Americans to limit their holiday weekend festivities to avoid clusters of outbreaks.

Fourth could be a ‘perfect storm’

Tips to stay safe this 4th of July

The Fourth of July weekend could be the “perfect storm” for a spike in coronavirus cases, said Dr. Joshua Barocas, an infectious disease physician at Boston Medical Center.

The virus has killed more than 128,600 people and infected more than 2.7 million nationwide.

HOUSTON, TX - JUNE 30: (EDITORIAL USE ONLY) A member of the medical staff treats a patient in the Covid-19 intensive care unit at the United Memorial Medical Center on June 30, 2020 in Houston, Texas. Covid-19 cases and hospitalizations have spiked since Texas reopened, pushing intensive-care wards to full capacity and sparking concerns about a surge in fatalities as the virus spreads. (Photo by Go Nakamura/Getty Images)
Go Nakamura/Getty Images

Hospitals face 'an explosion of Covid'

A surprising new study found that the drug hydroxychloroquine helped patients better survive in the hospital.

The study of 2,541 patients found that hospitalized patients given hydroxychloroquine were much less likely to die, according to a team at Henry Ford Health System in Southeast Michigan.

Dr. Marcus Zervos, division head of infectious disease for Henry Ford Health System, said 26% of those not given hydroxychloroquine died, compared with 13% of those who got the drug. The team looked at everyone treated in the hospital system since the first patient in March.

The finding is surprising because several other studies have found no benefit from hydroxychloroquine, a drug originally developed to treat and prevent malaria. President Trump touted the drug, but later studies found not only did patients not do better if they got the drug, they were more likely to suffer cardiac side effects.

The US Food and Drug Administration withdrew its emergency use authorization for the drug earlier this month and trials around the world, including trials sponsored by the World Health Organization and the National Institutes of Health, were halted.

“Our results do differ from some other studies,” Zervos told reporters. “What we think was important in ours … is that patients were treated early. For hydroxychloroquine to have a benefit, it needs to begin before the patients begin to suffer some of the severe immune reactions that patients can have with Covid.”

The findings were published in the International Journal of Infectious Diseases.

The virus shows signs of resurgence

As new cases rise and states rethink reopenings, some areas that had made progress against the virus are showing signs of resurgence.

California was one of the first states to shut down with some of the most stringent measures. On Wednesday, it reported 9,740 new cases – a number that included over 3,800 previously unreported cases from a five-day period, officials said.

More than 28 million Californians live in counties where restaurant dining rooms, bars and other indoor facilities have been ordered to stay shut as Covid-19 cases increase. The closures affect 72% of the state’s population, and include restaurants, breweries, museums, zoos and movie theaters for at least three weeks, Gov. Gavin Newsom said.

“Bottom line is, the spread of this virus continues at a rate that is particularly concerning,” Newsom said.