The US saw nearly 40,000 new coronavirus cases yesterday – a single-day record. As cases skyrocket, some states are hitting the brake on reopening plans. The governors of Texas and Florida put a pause on relaxing restrictions any further. Younger people are feeling the impact across much of the US, the CDC says. That’s especially true in Florida, where Gov. Ron DeSantis said the median age for positive Covid-19 cases has dropped to 35 years old. Though young folks might be at a lower risk of severe infection, health officials remind people that doesn’t mean they’re immune. Meanwhile, several sheriffs in North Carolina have said they won’t enforce the state’s mask mandate. Given the situation, one infectious disease expert warns that the second wave of the virus in the fall could be much worse than even this.

Another police use of force incident is under fresh scrutiny. Officials in Colorado announced an investigation into the death of Elijah McClain, a 23-year-old Black man who died last year in police custody. The move comes after more than 2 million people signed a petition urging officials to look into the case again. Incidents in other cities are also attracting attention. New York police said George Zapantis, a 29-year-old bipolar man holding a sword, died Sunday after being Tased by officers. Another city officer was charged after he was seen on video putting a man into a chokehold during a weekend arrest. And in Georgia, court documents indicate a Black man who was slammed to the ground as he was wrongly arrested is suing the city of Valdosta and several officers for excessive force and injury. Democrats and Republicans have called for quick action to address police misconduct, but Capitol Hill is in a stalemate. The House passed a police reform bill yesterday, but it faces an uphill battle in the Senate.

The Trump administration has asked the Supreme Court to strike down the Affordable Care Act, the landmark health care law that enabled millions of Americans to get insurance coverage. At issue is whether the law’s individual mandate was rendered unconstitutional because Congress reduced the penalty for remaining uninsured to zero and, if so, whether that would bring down the entire law. A federal appeals court last year ruled that the mandate was unconstitutional but punted back to the district court on whether the entire law is invalid or some parts can survive. In a late-night filing, the government’s top lawyer before the Supreme Court argued that once the law’s individual coverage mandate and two key provisions are invalidated, the rest of the law “should not be allowed to remain in effect.” It’s not clear if justices will hear arguments before the November election. This will be the third time the court has heard a significant challenge to the law.

More than 100 people have been killed during lightning strikes in two days in two Indian states, authorities said. Twenty-four people In the northern state of Uttar Pradesh died due to lightning in the past 24 hours, and at least 83 people in the neighboring state of Bihar were killed in lightning strikes yesterday. India – and South Asia more broadly – often has lightning fatalities in May and June. The deaths often occur among farmers, who head outside to prepare their fields just as monsoon rains arrive. More than 2,300 people in India died due to lightning in 2018, the latest year for which data is available.

White supremacist groups have become much more active on the social media network Telegram as protests over racism and police brutality sweep the US. That’s according to a new report by the Institute for Strategic Dialogue, a London-based think tank. More than 200 channels, many with thousands of members, include frequent and explicit threats of violence against minority communities and Black Lives Matter protesters, researchers said. White supremacists have made their way over to Telegram because it’s less active in moderating content than other social media networks, the report said. Telegram told CNN that it was “a neutral platform used both by Black Lives Matter and their opponents” and said calls to violence weren’t welcome on its platform.

The National Zoo’s new baby panda is a boy

The complaints come from borrowers hurt by the coronavirus pandemic.

The 43-year-old is retiring from the NBA after 22 seasons.

The log flume ride’s controversial theme is being swapped for one starring a princess.

Video Ad Feedback
03:25 - Source: CNN Business
Disney CEO wants you back in the parks, mask and all

The Dixie Chicks are no more

A ‘vampire fish’ is spawning in Vermont’s waters

YouTube star Jenna Marbles, on racist and sexist videos from her past. She announced she is leaving the platform.

The historic Saharan dust plume will move into the US today

Portions of Texas, Louisiana, Alabama and Florida could see milky-looking skies and a colorful sunset this evening. 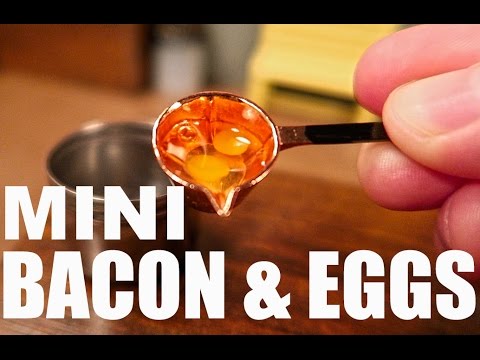 The baby whisk! The tea-light-powered stove! The little cheese grater! The patience here is astounding. (Click here to view.)