Some alarming Covid-19 trends are emerging across several US states, and officials are desperately pleading with people to stay home, wear masks and keep their distance. California, Florida and Arizona are reporting thousands of new cases each day. And in Texas, health authorities have said new cases and hospitalizations are rising at their fastest rate yet. These are among 26 states – a number also on the rise – seeing new cases increase compared with the prior week. Despite warnings that Black Lives Matter protests across the country could lead to a jump in cases, new research suggests that’s not happening. Instead, the latest surges stem from the number of places in the country that reopened too soon and too quickly. It’s a stark contrast with other parts of the world. The situation in the US is so bad that European Union nations are discussing a recommendation to block American travelers.

Turns out the noose found Sunday in driver Bubba Wallace’s garage at Talladega Superspeedway had been there as long ago as October. That’s according to the FBI, which said yesterday that Wallace was not the victim of a hate crime. NASCAR, mentioning the FBI report, described the item as a “garage door pull rope fashioned like a noose.” Wallace, the only Black driver in NASCAR’s top circuit, said he’s upset some in the public are now questioning his integrity. “Whether tied in 2019 or whatever, it was a noose,” he said. “So, it wasn’t directed at me but somebody tied a noose. That’s what I’m saying.”

Canadian Prime Minister Justin Trudeau is calling China’s decision to charge two of his country’s citizens with espionage clearly political. Michael Kovrig and Michael Spavor were officially charged this week with spying and handling state secrets. The two men have been detained in China since 2018, in the weeks following the arrest in Vancouver of Meng Wanzhou, chief financial officer of the Chinese technology company Huawei, on charges filed in the US. Trudeau is now under pressure to do something about the case of the “two Michaels,” possibly including facilitating a prisoner swap. The Prime Minister said he isn’t considering a trade of the two men for the detained Huawei exec and has previously said intervening in the case would undermine the independence of the country’s justice system.

FedEx wants the Washington Redskins to change their name

Jimmy Kimmel is apologizing for performing in blackface

The late-night host said he did a recurring impression of NBA player Karl Malone in the ’90s.

Novak Djokovic has tested positive for the coronavirus

The tennis star had already been catching heat for organizing a tournament that apparently lacked proper safety protocols.

A millennial and an 82-year-old bonded over bagels and lox, then the pandemic hit. Now they hang out on Zoom

If this isn’t the cutest thing you’ve heard all week, we don’t know what is.

“I think I have enough scars from bringing up things about Russia that he probably didn’t want to hear.”

Trude Lamb, a top runner at Robert E. Lee High School in Tyler, Texas. She is refusing to wear her school’s jersey unless the name is changed.

Durian Fruit: A Smell So Rotten, a Taste So Sweet 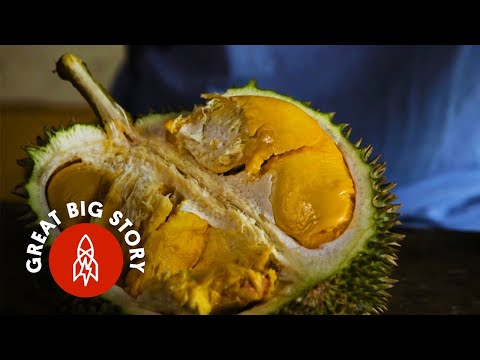 Remember that smelly fruit that sent people to the hospital?

Turns out it actually tastes pretty good, at least according to its fans. (Click here to view.)