In a now-viral video, an activist sharply criticized a Louisiana school board member who defended naming a school after Robert E. Lee – and who then appeared to be online shopping while at a hearing on the topic.

“You sit your arrogant self in here and sit on there shopping while the pain and the hurt of the people of this community is on display because you don’t give a damn and you should resign,” the activist, Gary Chambers Jr., told board member Connie Bernard at the hearing.

“You should walk out of here and resign and never come back because you are the example of racism in this community,” he added. “You are horrible.” 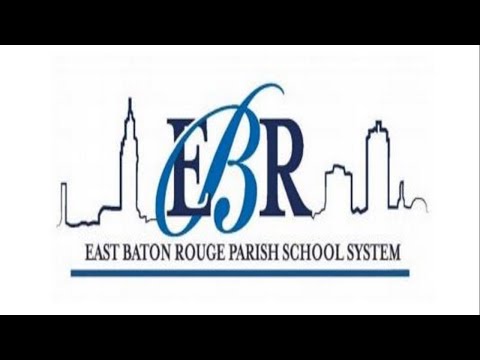 One part of that reckoning has been a push to remove monuments or odes to the Confederacy, the collection of states that seceded and waged war against the Union over the right to enslave Black people.

Last week, school board member Dadrius Lanus introduced a resolution to set up a committee to rename “Lee High School,” which was originally named after Confederate Gen. Robert E. Lee. In 2016, the board voted to remove the “Robert E.” from the name, but his last name remained.

However, days before the hearing, board member Connie Bernard said she wanted to keep the name to honor the school’s legacy. She also encouraged people to do more research into Lee’s history.

“I would hope that they would learn a little bit more about General Lee, because General Lee inherited a large plantation and he was tasked with the job of doing something with those people who lived in bondage to that plantation, the slaves, and he freed them,” she said, according to CNN affiliate WVLA/WGMB.

At the June 18 board meeting, Chambers took a photo of Bernard as her laptop screen showed a shopping website and then showed it to the board as he began to speak.

The John B. Castleman statue, in Louisville's Cherokee Triangle neighborhood, was removed from its pedestal where it stood for over 100 years. The statue to the controversial Castleman has been vandalized often over the last ten years. The statue is lifted off its base. June 8. 2020
Pat McDonogh/The Courier Journal/USA Today

Confederate statues are coming down following George Floyd's death. Here's what we know

He said Lee was a “brutal” slave master, cited a slave’s account of being beaten, and told the board to “stop being in 1856.” He also said they should name the school after someone on “the right side of history,” such as Louisiana’s first Black governor, P.B.S. Pinchback.

“We built this joint for free,” he said emphatically. “And we’re done begging you to do what’s right.”

Video of Chambers’ comments was shared widely on social media in the past few days, including by FS1 host Shannon Sharpe and NBA star LeBron James.

Ultimately, the school board resolution was unanimously approved, with all nine members, including Bernard, voting in favor, according to the meeting’s minutes.

Bernard has since apologized for her remarks, according to CNN affiliate WBRZ.

“My comments last week about the naming of Lee High School were insensitive, have caused pain for others, and have led people to believe I am an enemy of people of color, and I am deeply sorry,” she said. “I condemn racial injustice in any form. I promise to be part of the solution and to listen to the concerns of all members of our community. I stand with you, in love and respect.”

Bernard, who did not respond to CNN’s request for comment, told The Advocate on Friday that what people saw on her laptop was not her shopping, but rather a pop-up ad that she failed to close.

Chambers, though, then posted video with a 20-second clip of her scrolling on the shopping website.

The statue of Confederate General Robert E. Lee stands behind a crowd of hundreds of White nationalists, neo-Nazis and members of the "alt-right" during the "Unite the Right" rally August 12, 2017, in Charlottesville, Virginia.
Chip Somodevilla/Getty Images

Lee personally owned enslaved people and he assumed command of 189 others after his father-in-law died in 1857, according to the American Civil War Museum.

The father-in-law’s will stipulated that the enslaved people be freed within five years, but Lee petitioned state courts to extend his control over them, the museum states. State courts denied his petitions, and Lee officially freed the enslaved people on December 29, 1862 – just days before the Emancipation Proclamation.

Lee also punished escape attempts harshly. In 1859, he ordered the whipping of three enslaved people who tried to escape, according to an 1866 account by Wesley Norris.

“Gen. Lee, in the meantime, stood by, and frequently enjoined (a county constable) to lay it on well, an injunction which he did not fail to heed; not satisfied with simply lacerating our naked flesh, Gen. Lee then ordered the overseer to thoroughly wash our backs with brine, which was done,” Norris said in the account.

“I say to you Ms. Bernard that Robert E. Lee is not a man to be honored by our students, especially students of color!” he wrote. “To force our students to attend a school with such a name is not only degrading but it is culturally insensitive and a violation of our students’ rights!”

“The naming of schools after Confederate heroes is rooted in history – a history of intimidation, degradation, and racism against Black people in America,” they wrote.

“To move forward, we must honestly acknowledge the failings of the past and listen to those who feel marginalized.”