Google Doodle commemorates the 155th anniversary of Juneteenth, set to ‘Lift Every Voice and Sing’

In honor of Juneteenth, companies have given employees paid leave in celebration, Virginia Gov. Ralph Northam is pushing to make it a paid state holiday and there seems to be more awareness around the holiday than ever before.

Now, Google is also jumping in, commemorating the 155th anniversary of June 19 – largely celebrated as the end of slavery in the US – with a video Google Doodle. 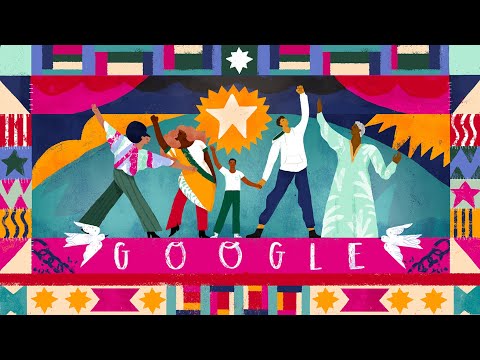 Set to the first verse of “Lift Every Voice and Sing,” also called the Black national anthem, the video begins with General Order No. 3 – the order Union Maj. Gen. Gordon Granger read to a group of enslaved people in Galveston, Texas, on June 19, 1865. It notified them that they were no longer enslaved.

Over the course of 90 seconds, the video displays various scenes of black people in both the past and present, doing things like hanging out at a park, voting and getting married.

Created in collaboration with artist Loveis Wise, music producer Elijah Jamal and narrator LeVar Burton, the Doodle seeks to educate and inform a swath of people who may not have previously been familiar with this aspect of black life, Burton said.

A blend of the words June and nineteenth, Juneteenth is the oldest known US celebration of the end of slavery.