Rapper J. Cole has weighed into the discourse around the Black Lives Matter movement with his first single of 2020.

On Tuesday night, the hip-hop star surprised fans with the release of “Snow on Tha Bluff,” an introspective track that addresses racism, activism and police brutality.

In the politically charged song, the North Carolina native talks about his struggles with activism after scrolling through the social media account of a “young lady” trying to educate the public about systemic racism. 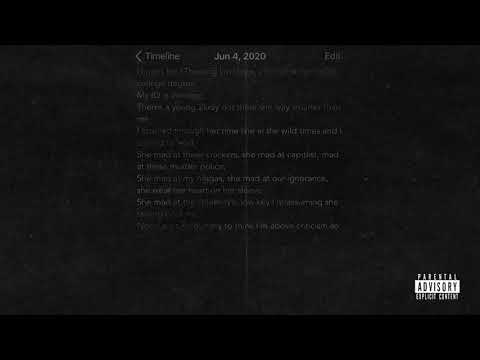 The talented lyricist also suggests that other African Americans may be grappling with how to react to the movement because of their upbringing.

“It’s a reason it took like two hundred years for our ancestors just to get freed / These shackles be lockin’ the mental way more than the physical / I look at freedom like trees, can’t grow a forest like overnight / Hit the ghetto and slowly start plantin’ your seeds,” he says.

“Snow on Tha Bluff” comes in the midst of nationwide protests prompted by the death of George Floyd, an unarmed black man who died in police custody after a Minneapolis police officer pressed his knee on his neck for nearly nine minutes.

On May 30, Cole took to the streets to protest police brutality in his hometown of Fayetteville, North Carolina.

Days later, he offered his thoughts on the Minneapolis mayor and city council members voting to disband the Minneapolis Police Department by tweeting an article about the move, along with the caption: “Powerful powerful.”