In 1939, Billie Holiday released “Strange Fruit,” a powerful protest song that stunned listeners with its horrifying depiction of black lynchings.

More than 80 years later, anti-blackness is still as prevalent as ever and has inspired a new generation of protest songs.

From stars like Trey Songz to younger talents such as 12-year-old Keedron Bryant, musicians are adding their voices to the global outrage over the police killing of George Floyd and are calling for racial justice.

Here are some of the new protest songs demanding change:

“These lyrics were kind of easy to write because it came from a conversation of what’s happening right now, what’s been happening, and the change that we need to see,” H.E.R. said when introducing the song. “I think music is powerful when it comes to change and when it comes to healing and that’s why I wrote this song, to make a mark in history.” 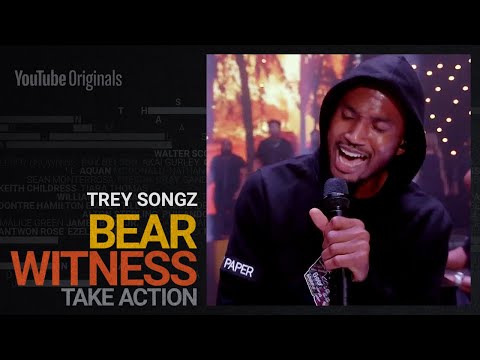 R&B star Trey Songz’s single “2020 Riots: How Many Times” was inspired by his own experience protesting on the frontlines, he said in a statement.

“Tell me how can you be quiet? You know the language of the unheard is a riot… Where’s your rage when my people die? We ain’t slaves, let my people fly. Now it’s time, watch my people rise,” Songz sings, before going into the chorus of “How many mothers have to cry? How many brothers gotta die?”

A portion of the proceeds for the song, which was created with producer Troy Taylor, will go to both the Black Lives Matter movement and the National Bail Fund Network, according to a news release.

“With the words in this song I just wanted to speak to everyone’s hearts and acknowledge the pain and anguish everyone is going through right now. I know this ain’t usually my message and you’re not used to hearing this from me, but this is the person I’ve always been,” Songz said in the statement. 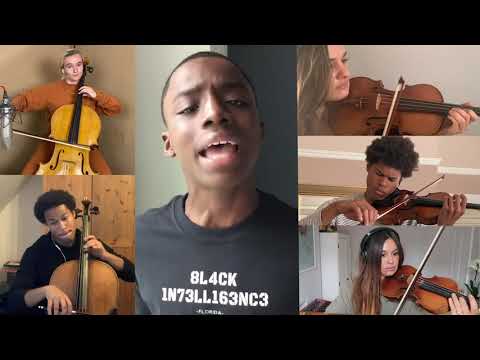 Last month,12-year-old gospel singer Keedron Bryant touched the hearts of millions after a video of him singing a song titled “I Just Want To Live” went viral. The song’s lyrics, written by his mom, were inspired by Floyd’s death.

In response to Bryant’s moving song, Grace Chatto from the British band Clean Bandit, released a video of her and other musicians accompanying his song with classical instruments.

As Bryant sings lyrics of “Everyday I’m being hunted as prey. My people don’t want no trouble. We’ve had enough struggle. i just want to live. God protect me,” Chatto and others play the cello and violin.

The accompaniment was written by British composer Errollyn Wallen CBE, who is the first black woman to have performed at the BBC Proms, according to the video’s description.

“The Bigger Picture” by Lil Baby

In his song “The Bigger Picture,” Lil Baby raps about living life in fear as a black American, corrupt police and protesters demanding change in three loaded verses.

“It’s bigger than black and white. It’s a problem with the whole way of life. It can’t change overnight. But we gotta start somewhere,” the chorus of the song repeats.

Lil Baby vowed to donate the proceeds from the song to four different causes, including the National Association of Black Journalists, Breonna Taylor’s attorney, the Bail Project and Black Lives Matter

A screenshot from YG's "FTP" music video, which was shot at a Black Lives Matter protest.
YG/Youtube

Last week, rapper YG dropped the music video for “FTP,” which stands for “f–k the police.”

With a massive Black Lives Matter protest as his background, YG raps about police brutality against black Americans and repeats the simple chorus of “f–k the police.”

A message at the end of the video says that YG helped organize the protest captured in the video.

While the song’s title “FTP” may sound like it would incite violence, YG said in an Instagram post that the protest that he co-organized was anything but violent.

“They see a kid from Bompton and they expect violence. They hear FTP and they think I’m gonna come and burn my city,” YG wrote. “We proved them wrong. The real story here is me and Black Lives Matter brought out 50,000 people today to peacefully protest and unite for change. I wanted to document that so when they hear this song and think we are reckless and violence they see a peaceful protest of all different people coming together for a common cause.”