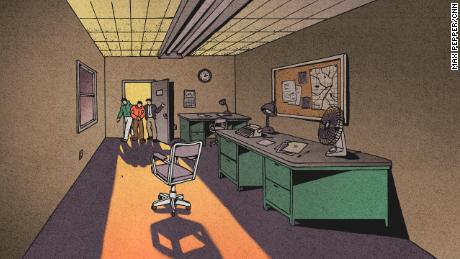 Before 1986, Hwaseong wasn't the sort of place where violent crime happened. About 226,000 people lived in the area, scattered among a number of villages between forested hills and rice paddies.
One of those villages was Taean-eup, where Yoon lived. In the 1980s, Taean-eup was a bustling community with rice-wine bars and Korean-style coffee shops where locals liked to gather and gossip. Many people worked in the nearby factories, many of which created electrical goods, such as light bulbs, remembers Hong Seong-jae, who ran the farming machine repair store where Yoon worked. Others worked as rice farmers, and even those who lived downtown kept cows for milk. Everyone in Taean-eup knew each other, Hong said. Before the murders, there was no real crime to speak of -- only the odd robbery or break-in.
"But we were all so poor, there wasn't much to be lost," Hong said.
But in 1986 that changed. In September that year, a woman was murdered, the first in a series of killings that came to be known as the Hwaseong murders. By 1991, 10 women and girls had been killed in the Hwaseong region, including the 13-year-old killed in her bed. In all of the cases, the victims had been sexually assaulted, and in many of the cases, an article of their clothing, such as stockings or a blouse, had been used in the killing. The victims included housewives, schoolgirls, and a department store worker, according to Ha Seung-gyun, who was involved in the investigation.
The youngest were teenagers, the oldest were 71 years old, according to police records.
No one seemed safe.
As the murders kept happening, the people of Hwaseong grew more afraid.
Residents formed squads and patrolled the streets at night, armed with sticks. Women avoided going out after dark.
"There were no street lights and it was very dark," said 55-year-old Park, who worked at a factory in Jinan-ri, another village in Hwaseong, in the 1980s. CNN agreed not to use her full name due to the sensitivity of the case. "I would take the bus and when I encountered a man, I'd be frightened. I was told not to wear red clothes and not to go out after dark." There were rumors the killer attacked women wearing that color, Ha said. "There was a big rumor about the red clothes (attracting the killer). The third killing involved a woman, Lee, who worked at a department store in Suwon."
Hong, the Taean-eup resident, remembers that men were afraid of being questioned by police. The village became quiet and eerie, he said. "We were worried for being mistaken as criminals, so we didn't go out drinking either. Even if we hadn't done anything, things could get out of our hands."

When the first victim was murdered, the responsibility fell to local police to investigate. But after three females were found dead within three months, they brought in investigators from a nearby city to help. "From the third killing, the police saw that it was a serious case. It had wide media coverage and local residents were frightened," said detective Ha, who was one of the leaders of the investigation, in a lengthy interview last year on the South Korean YouTube channel he created to highlight cases he worked on.
By then, police were sure that they were looking for a serial killer, but Ha said they had few clues. 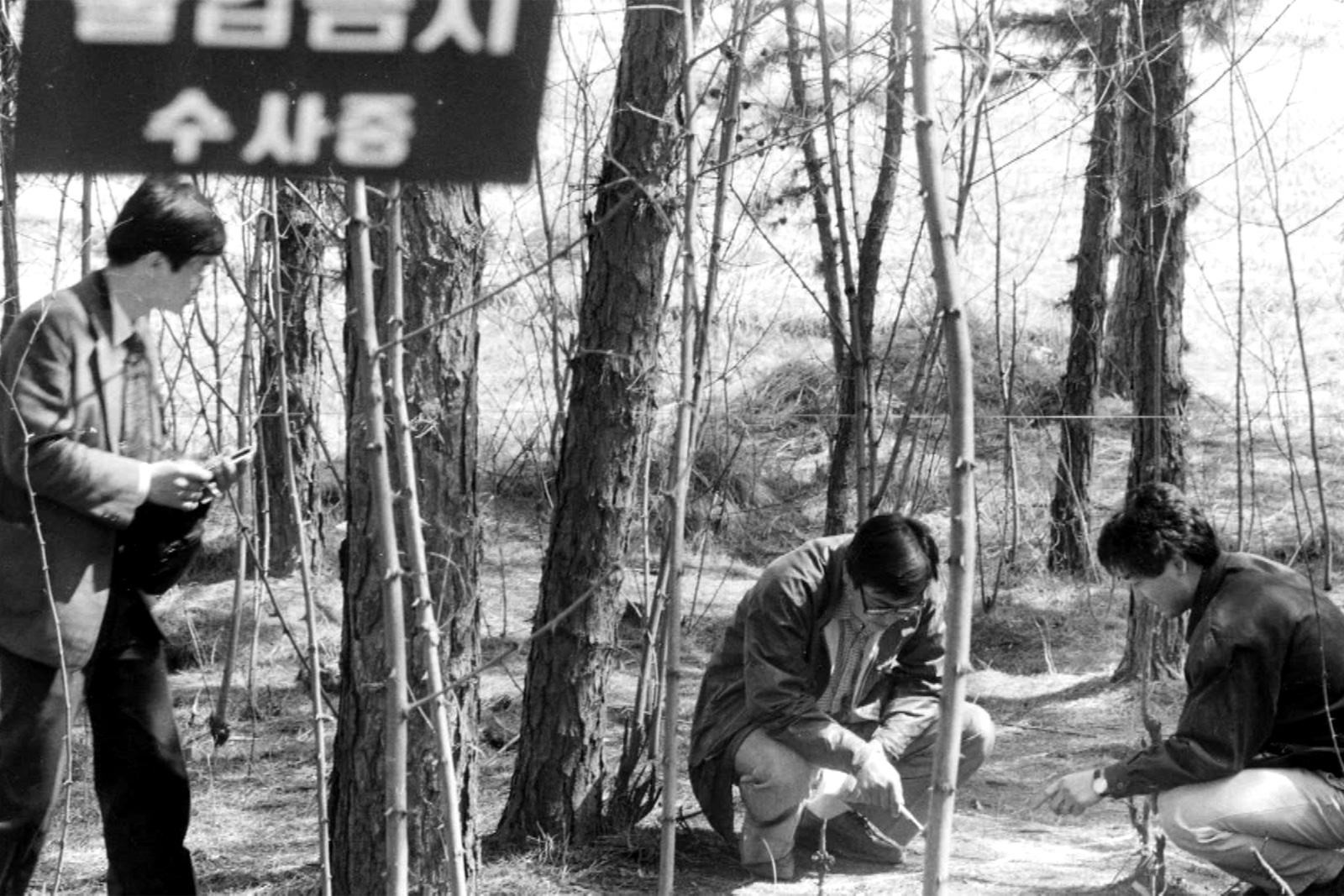 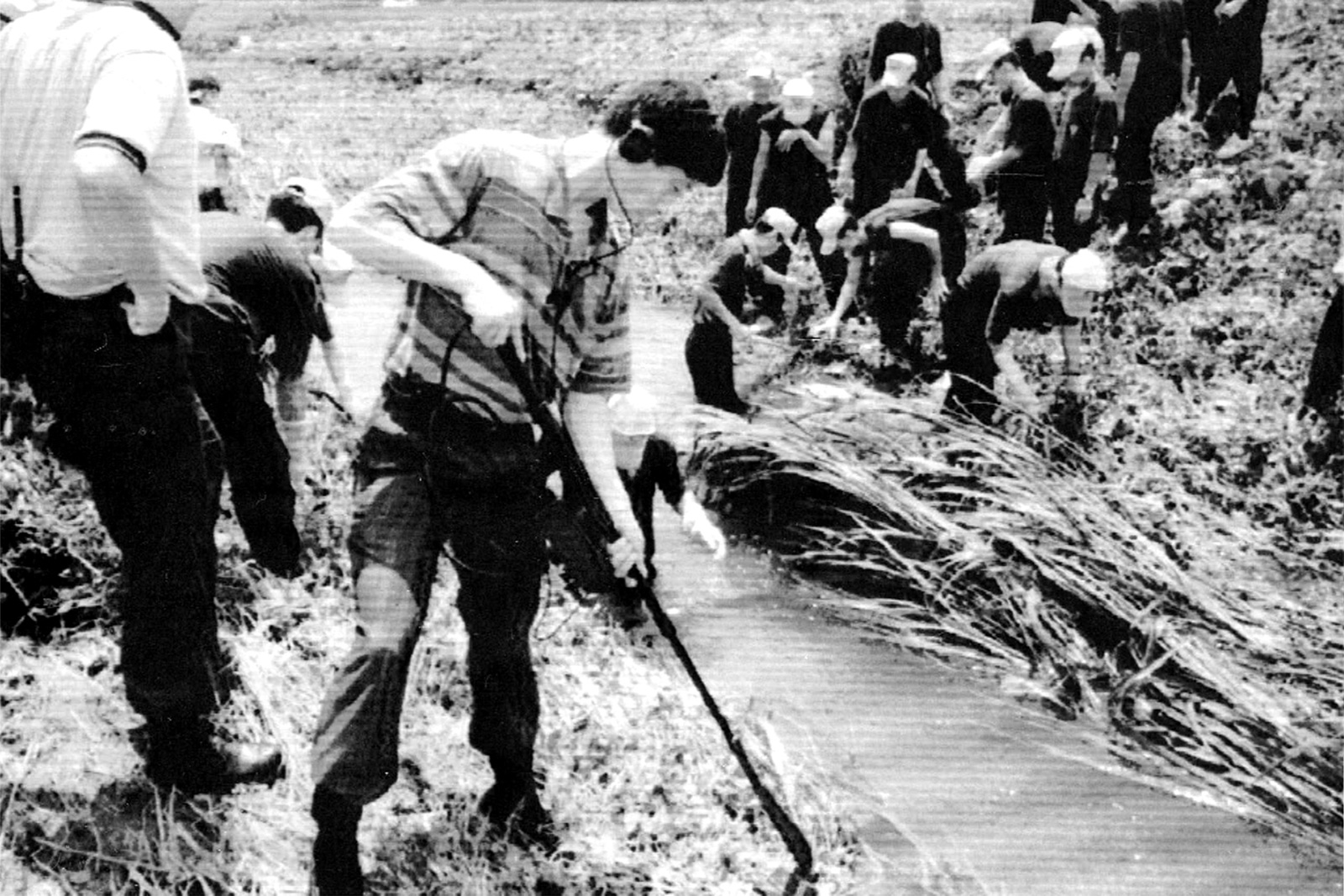 Image taken during the original investigation into the Hwaseong serial killings. (Credit: JTBC)

It was a time before surveillance cameras or phone tracking, and before DNA evidence was widely available. Police had to rely on other, more creative measures to catch the killer.
The first five murders happened within a 6 km (3.7 mile) radius in Hwaseong so police spread out in teams of two, dotted every 100 meters (328 feet), Ha said. It didn't work: the next killing happened where there was no police presence.
Some female police officers wore red and tried to lure the killer into a trap, others went to a clairvoyant who told them to find a man with a missing finger, and some became so frustrated that they performed a shamanistic ritual on a voodoo scarecrow, Ha said.
But the killings kept happening. Police logged more than 2 million days on the case -- a record for an investigation in South Korea, according to news agency Yonhap. "The more we looked (at the victim's bodies), (the more) we couldn't hide our feeling of powerlessness, our anger at the killer," said Ha, who is now retired and in his 70s, in his YouTube video.
"After months spent on the rice paddies and fields tracking the killer, I can say that our hatred of him was beyond imagination."
<div class="zn-body__para