Jay-Natalie La Santa, pictured here with her mother Lindsey and father Jerel, spent a month in the hospital before dying from coronavirus.

(CNN)A New York firefighter's infant daughter has died from coronavirus, her family says, making her one of the youngest known victims of the virus.

Five-month-old Jay-Natalie, the daughter of New York City firefighter Jerel La Santa and Board of Education employee Lindsey La Santa, spent a month in the hospital receiving treatment for the virus before succumbing to it Monday.
Jose Prosper, the president of the Hispanic Society of FDNY, announced her death.
Her father, who became a firefighter in November, the same month she was born, called Jay-Natalie a "warrior princess" for her "fighting spirit," Prosper wrote.

A month in the hospital

Read More
Jerel and Lindsey took their daughter to a Bronx hospital with a fever on March 21, Jay-Natalie's grandmother Wanda La Santa told CNN. The baby had a heart condition, so they were already concerned for her health. 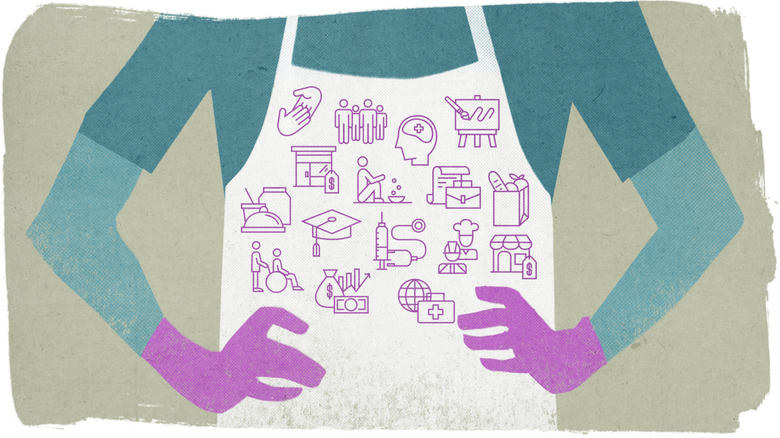 Interactive: A guide to helping and getting help during the coronavirus crisis

She wouldn't leave the hospital until she died. Her parents stayed by her side the entire time, Wanda La Santa said.
There was a period when Jay-Natalie's condition seemed to improve -- fluid in her lungs was clearing, and her family was optimistic.
But she suddenly went into cardiac arrest, and doctors couldn't resuscitate her, Wanda said.

Her death devastates her family

Wanda said her son and daughter-in-law are "destroyed" by Jay-Natalie's death. She was the couple's first child, and Wanda's first grandchild.
"She was the most precious thing we had," Wanda said.
5-year-old daughter of Detroit first responders dies after being diagnosed with coronavirus
To assist the family with medical bills, Jerel's aunt, Danielle La Santa, created a GoFundMe page. It raised more than four times the original goal, with a total of $41,000. The family has since learned that their insurance will cover their hospital expenses, so some of the funds will be used toward Jay-Natalie's burial and funeral costs.
They'll donate the extra funds to the Children's Hospital at Montefiore and the Albert Einstein neonatal intensive care unit, where she spent time as a newborn.
Meanwhile, Jerel's colleagues at his Bronx fire station have warmly embraced Jerel and Lindsey in their crisis -- they treat the La Santa family "like gold," Danielle said.
"Our thoughts and prayers are with the La Santa family during this tragic time," an FDNY department spokesperson told CNN.
Jay-Natalie is at least the second child of a first responder to die from coronavirus this month. The first instance occurred in Detroit, when 5-year-old Skylar Herbert died from complications related to the virus. Her mother had been a police officer in Detroit for 25 years, and her father was a firefighter in the city for 18 years.
According to the Centers for Disease Control and Prevention, three children between the ages of 1 and 14 have died from the virus as of April 2.