There are now more than 1 million cases of Covid-19 worldwide, but some fear that reporting issues and the presence of asymptomatic cases could mean the number is actually much, much higher. In the US, doctors on the White House’s coronavirus task force say the numbers show some Americans aren’t adhering to national guidelines about washing hands and staying home. So far, 6,000 people have died from coronavirus in the US, and officials have long warned that number could climb exponentially higher if precautions aren’t taken. Japan is facing a similar problem, as citizens shirk stay-at-home recommendations to commute to work. China is opening back up, and starting next week people will be able to leave Wuhan, the city where the virus originated. However, citizens are concerned that the country’s oft-questioned reporting and response methods may not prevent another wave of cases. Follow here for the latest.

The US Food and Drug Administration has authorized the first antibody test that looks for a coronavirus response in blood. The test can’t identify fresh cases of the virus but could help doctors understand how prevalent it is by identifying past cases that had few or no symptoms. Meanwhile, experts have told the White House the coronavirus may be spread via talking or even breathing, as opposed to just sneezing or coughing. Such a development could accelerate the government’s plan to recommend face masks for public use. Speaking of equipment, President Trump has invoked the Defense Production Act, a wartime law that lets the government direct industrial production. In this case, it will be used to supply more ventilators and N95 masks to medical professionals.

Video Ad Feedback
02:07 - Source: CNN
Confused on whether you need a mask or not? Gupta has the answer

China has tightened restrictions on academic research of the coronavirus in what appears to be an attempt to control the narrative of the virus’ origins. Under the new policy, all academic papers on Covid-19 will be subject to extra vetting before being submitted for publication. Studies on the origin of the virus will receive even more scrutiny and must be approved by central government officials, according to now-deleted posts by two Chinese universities. Several published studies on the origins of the virus, like when human-to-human spread first started, have raised questions over the official government account of the outbreak. Though scientists across the world agree the virus originated in China, some Chinese officials have tried to cast doubt on when, where and how the virus first appeared in the country.

The European Commission has proposed a new $109 billion relief initiative to support the millions of Europeans left without a job because of the coronavirus crisis. The program would encourage employers in member states to reduce employees’ hours instead of laying them off. The EU’s 27 members still need to vote on the measure. EU countries already have contributed billions of dollars to buoy business and workers, and Europe’s central bank has promised hundreds of billions more. Meanwhile, oil prices, which have been at historic lows, spiked as President Trump suggested massive production cuts and Saudi Arabia called for an emergency OPEC meeting to stabilize the market. That meeting will happen Monday and could signal a truce in the brutal oil price war between Saudi Arabia and Russia that’s dragged down the market.

Video Ad Feedback
01:43 - Source: CNN Business
The economy is crumbling. What will a recovery look like?

The Democratic National Convention has been pushed back from July to the week of August 17 in an inevitable but logistically nightmarish decision due to the coronavirus crisis. What hasn’t been pushed back? Next week’s Wisconsin primary. A federal judge declined to postpone the Tuesday contest after the state’s Democratic Gov. Tony Evers and its Republican-led state legislature refused to move or alter the election date (even the Wisconsin Democratic Party and Sen. Bernie Sanders said the contest should be postponed.) The judge did, however, extend the deadline for absentee ballots in what could be one of many nationwide moves toward mail-in voting.

Zoom, the video call service getting millions of people through their work-from-home routines, is facing serious security questions. The FBI has warned of a new potential privacy and security concern called “Zoombombing,” wherein unknown people hijack calls and spew hateful language or share graphic images. Zoom CEO Eric Yuan apologized for the privacy issues and said Zoom will stop adding new features for the next 90 days to focus on fixing the problem. The company will also release a transparency report to detail requests for data or content from government authorities.

Someone flushed a toilet during the Supreme Court’s phone arguments yesterday, and yeah, everyone could hear it

How the film ‘Contagion’ compares with a real pandemic

A restaurant in NYC is offering a $600 doomsday dinner, delivered to your door by bunnies

Stars: Their dogs take over their video calls, too!

Not now, Earth, we’re kind of dealing with something else!

Video Ad Feedback
01:07 - Source: CNN
Why hurricanes are so hard to predict

FOR YOUR SNACK BREAK

A multitude of studies have revealed intriguing new details and silenced debates about ancient humans. These revelations don’t just illuminate the past, they also strengthen its connection to the present.

That’s how many more people could die of tuberculosis by 2025 because of the coronavirus pandemic. Those deaths are on top of the 1.5 million people the bacterial infection already kills every year. What’s the correlation? Experts say global efforts to grapple with coronavirus are badly affecting the diagnosis, treatment and prevention of TB.

That’s how many passengers air carrier Cathay Pacific says it flew in an entire day. For reference, its flights usually carry around 100,000 people a day. The lack of demand has caused Cathay Pacific, along with many others, to slash its schedule.

“You are continuing to mislead and deceive those taxpayers who have given you that bailout. In effect, you are – forgive me – screwing the very taxpayers whose money is going into your pocket.”

Former Democratic presidential candidate Andrew Yang, talking about the racial abuse that Asian Americans have suffered because of the coronavirus pandemic

Video Ad Feedback
05:35 - Source: CNN
Yang: Seeds of virus on Chinese government but not its people 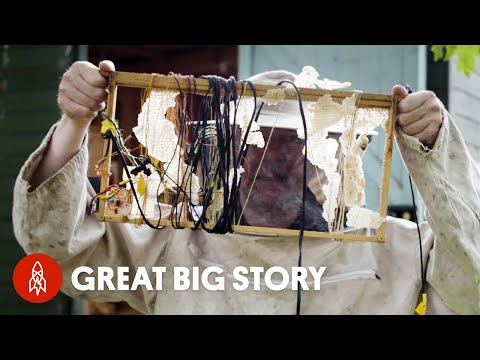 Bees and electronic music? Why not? This man records the different sounds of different bees and turns them into something else entirely. (Click here to view.)