Things took a dramatic turn during the Season 18 premiere of “Keeping Up With The Kardashians.”

Viewers have grown accustomed to the sisters fighting over the years, but things reached a fever pitch between Kim Kardashian and her older sister Kourtney Kardashian that left fans shocked.

It all started when Kim, Kourtney and Kendall Jenner were discussing Kylie Jenner being too sick to fly to Paris for a fashion show.

Kim said regardless of how sick she’s ever been, she will always go to a work commitment.

“If I were on my deathbed, I would still show up,” Kim said. “Mom is so used to … me and Khloe, whenever, if we’re sick… [Kourtney] you don’t care about stuff.”

That’s when things went next level.

That’s when Kourtney began to physically hit Kim, and it only escalated from there.

See for yourself in the clip below: 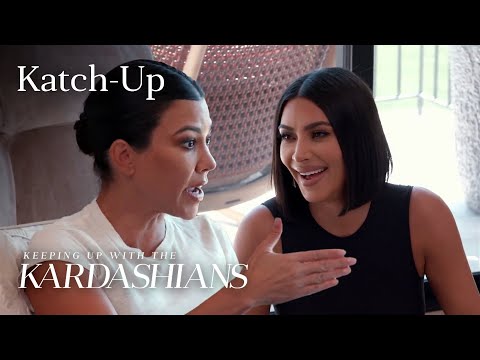 But it seems like the feud has been squashed.

Just two weeks ago Kim posted a photo with Kourtney to her Instagram with the caption: “You’re the bbq sauce to my honey mustard! @kourtneykardash.”