They were among the rarest giraffes to walk the planet, and now they are gone.

The remains of two stunning white giraffes that lived at a Kenyan wildlife sanctuary were found in a skeletal state, rangers at the Ishaqbini Hirola Conservancy said on Tuesday.

The mother giraffe and her calf were killed by poachers, they said. The Kenya Wildlife Service was called to the reserve after it was reported the giraffes hadn’t been seen in quite a while.

Upon finding the bones, wildlife officials estimated they had been there for at least four months.

“This is a very sad day for the community of Ijara and Kenya as a whole. We are the only community in the world who are custodians of the white giraffes,” said Mohammed Ahmednoor, manager of the reserve in Garissa County, Kenya, in a news release. 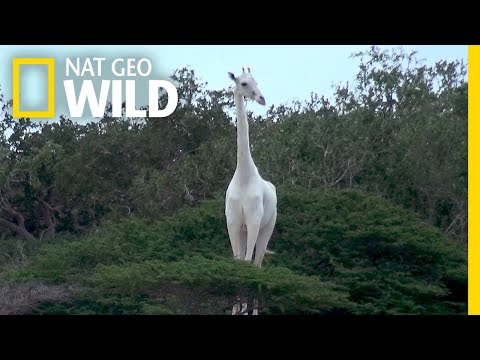 They described the killing as “a blow to tremendous steps taken by the community to conserve rare and unique species,” as well as “a wake-up call for continued support to conservation efforts.”

The Kenya Wildlife Service is investigating the incident.

The female white giraffe first made headlines when she was discovered, alongside her calf, in 2017.

A second calf followed, and the family of three lived a free-ranging life within the confines of the sanctuary, where they generated a lot of interest from tourists around the world.

Visitors flocked to see the family of three, stretching for glimpses from behind the trees. Video of the giraffe posted to YouTube racked up over a million views. They were featured by USA Today, The Guardian, Inside Edition, and National Geographic, among other outlets.

“This is a long term loss given that genetics studies and research which were significant investment into the area by researchers, has now gone to the drain. Further to this the white giraffe was in a big boost to tourism in the area,” Ahmednoor said.

The animals got their unique coloring from a condition known as leucism, which is a genetic condition that causes the giraffes’ skin cells to fail to produce pigmentation. That results in white, pale or patchy coloration of their hide.

Unlike albinism, animals with leucism continue to produce a dark pigment in their soft tissue, meaning the giraffes’ eyes were dark.

The world’s tallest land animal has lost 40% of its population in just 30 years from poaching and wildlife trafficking, the African Wildlife Foundation estimates.

Although the Kenya Wildlife Service said the rare animals were the only three white giraffes left in the world, another known white giraffe was spotted in Tarangire National Park, in Tanzania, in January 2016.

It wasn’t immediately known what happened to that animal.