Jennifer Lopez and Shakira announced last week that there would be a tribute to Kobe Bryant during their halftime show.

But plenty of people missed it.

Bryant and his 13-year-old daughter, Gianna, were among nine people killed in a helicopter crash in Calabasas, California one week before Super Bowl LIV.

“We’ll all be remembering Kobe on Sunday and celebrating life and diversity in this country,” Shakira said at a Super Bowl press event on Thursday. “I’m sure he’d be very proud to see the message we are trying to convey on stage that day.”

Lopez said the tribute would be “heartfelt” for the man who was a close friend of her fiance, former New York Yankees player Alex Rodriguez.

She got emotional during the press conference while talking about Bryant and his wife, Vanessa, whom she said had attended her last show in Las Vegas on a “date night.” 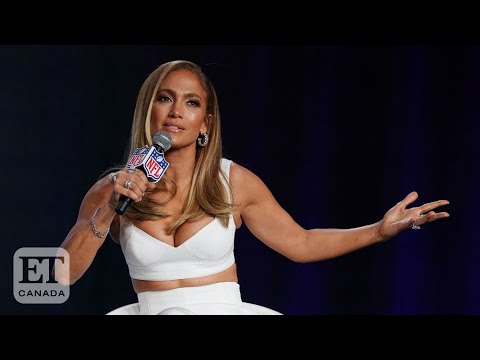 “We had a beautiful night that night,” Lopez said. “I think it’s just affecting everybody so much because it’s just reminding us again of how fragile life is and how we have to appreciate every single moment.”

The halftime show remembrance of Bryant took place when Lopez’s 11-year-old daughter, Emme, along with a children’s choir, joined her on stage to sing “Let’s Get Loud.”

An overhead shot of the field showed a giant cross, which lit up in purple and yellow, the colors of the Los Angeles Lakers for whom Bryant played for from 1996 until his retirement in 2016.

Some on social media expressed disappointment.

Me looking for the Kobe Bryant tribute #SuperBowl #PepsiHalftime pic.twitter.com/UG25j24te9

So Jennifer Lopez and Shakira used that they were doing a tribute to Kobe Bryant as an excuse to get their views up during the halftime show not only that but then they proceeded to do NO Kobe Bryant tribute like they said they would...but are we surprised? 🤔 #HalftimeShow pic.twitter.com/esuXP8aiS4

Latin trap and reggaeton singer Bad Bunny, who performed with Shakira and Lopez for part of the halftime show, released a song in Bryant’s memory last week, titled “6 Rings.”

“Congratulations, you also won 6 rings … Five in the NBA, a marriage that gave you your daughters,” he sings on the track. “Thinking that one left with you makes me lose control, but, nah it’s for you to have someone to play with in heaven.”

Before the game between the Kansas City Chiefs and San Francisco 49ers began, there was also a moment to honor those who died in the helicopter crash.

Players lined up at the 24-yard-line for a moment of silence. Bryant wore the number 24 when he played for the Lakers.