Shania Twain and her husband, Frédéric Thiébaud, are in love, but they took a very unusual route to get there.

The singer, 54, retold the story of how the two ended up together in a new interview with AARP The Magazine.

At the time, Twain and Lange had been married for 14 years. They were also co-writers on many of Twain’s songs. Her hits include “Any Man of Mine,” “You’re Still the One,” “Man! I Feel Like a Woman,” “That Don’t Impress Me Much” and dozens more.

But Frédéric Thiébaud found out about the affair and told Twain.

“It’s twisted,” Twain said of the unusual circumstances. “But so beautifully twisted.”

Twain and Lange divorced in 2010, and she turned to Thiébaud during a depression.

“There were days I didn’t really care if tomorrow came,” she told the magazine.

Twain and Thiébaud eventually became a couple and got engaged, marrying in 2011.

In the end, she said, she’s a survivor.

“Sometimes I get overwhelmed coping with things, but experience also teaches you how to manage. When you get older, you have so much experience at falling and getting up,” she said. “You’re not going to stop falling. But you will get better at getting up and brushing yourself off. I believe that. I’ve lived it.”

How Shania Twain Survives in the Spotlight 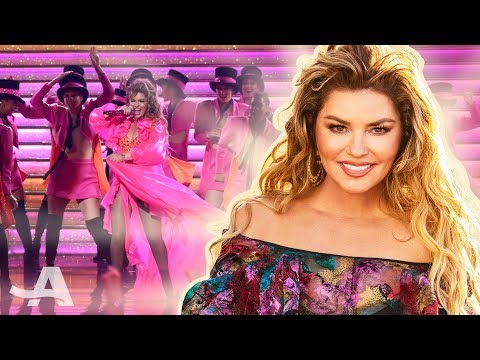 The singer is in the middle of a Las Vegas residency at Zappos Theater at Planet Hollywood Resort & Casino.