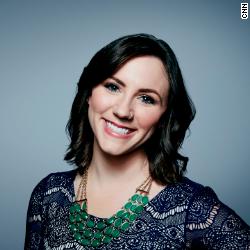 A baby monitor gave us nightmares forever. News anchors felt the earth move under their feet. And who could forget how #GreenShirtGuy got the giggles? These are your top must-see videos of the year:

At the launch of his foundation MBK Rising, former President Barack Obama talked about obstacles he had to overcome during his childhood. But first he had to dunk on NBA star Stephen Curry by poking fun at the star’s previous ankle problems.

How could you not snort at his snickers? When a pro-Trump protester caused a disturbance during a city council meeting, one guy got the giggles. His laughing fit split the sides of the internet as he quickly went viral.

Hold onto your hats! Two KCAL/KCBS anchors had to duck for cover when a 7.1 magnitude earthquake rattled their news studio.

DJ Pryor was unsure of how he felt about the season finale of “Empire,” when his 19-month-old son, Kingston, climbed onto the couch and began “talking” with him about it. He certainly didn’t let a little gibberish get in the way of having a normal conversation with his adorable son.

Talk about an intervention. The US Coast Guard pulled off a daring operation that seized more than $569 million worth of cocaine and marijuana from a submarine. Truly high stakes on the high seas.

Doo doo doo doo doo doo! NOAA cameras captured a whale of a tale on their deep-sea robots. During a feeding frenzy on a swordfish carcass, a wreckfish came in like a wrecking ball and gobbled up one of the small sharks whole.

Hot on the tail

Lions and tigers and, oh my, an actual tiger! Two motorcycle riders in India had a frightening encounter with a tiger. They probably wished they, too, had nine lives.

A mom stayed up all night glued to a baby monitor after she saw what looked like a ghostly baby next to her sleeping son. Turns out it was just a giant mattress sticker with a picture of a baby’s face.