Marshawn Lynch could be making a return to the Seattle Seahawks

Marshawn Lynch may be wearing a Seattle Seahawks uniform again.

“He’ll be flying in here this morning and we’re going to give him a really good chance to come back and play for us,” Carroll said.

“I’m fired up for it. He’s got to get through hoops he has to jump through here, physical and stuff like that, but he’s been working really hard.”

CNN contacted the Seahawks. The team said neither Carroll nor Lynch would be available for comment.

The Seahawks have been decimated by injury at running back. Chris Carson sustained a season-ending fractured hip against the Arizona Cardinals in Week 16, while backup running back Rashaad Penny was placed on season-ending injured reserve nine days ago. C.J. Prosise was also ruled out of yesterday’s game with an arm injury, leaving Travis Homer as the top running back on the depth chart.

Lynch could immediately step in and have a large role for the Seahawks in Week 17 when the team faces off against their division rival, the San Francisco 49ers.

After a brief retirement following the 2015 NFL season, Lynch signed with the Oakland Raiders and played for two seasons. However, he was placed on injured reserve in October of last year and retired after the season ended.

Nicknamed “Beast Mode,” Lynch is a physical running back and was a critical part of the Seahawks’ offense during the six seasons he played with the team. In 82 career games with the Seahawks, Lynch amassed 6,347 rushing yards while rushing for 57 touchdowns.

Lynch also has one of the greatest touchdown runs in NFL history, a play which is known as the “Beast Quake.” During the 2010 NFL Wild Card game against the New Orleans Saints, Lynch broke nine tackles during a 67-yard touchdown run. The ensuing celebration by Seahawks fans registered on a nearby seismograph. 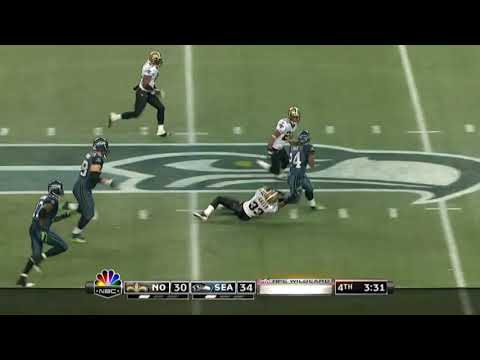