You can finally buy a Dodge Challenger Convertible
Frozen pizza recalled after customers find metal pieces
Majority of Americans say they're worried about being able to pay for housing
Something isn't loading properly. Please check back later.

How gay couples in TV commercials became a mainstream phenomenon

The Hallmark Channel last week decided to pull a Zola commercial off the air that featured a lesbian couple kissing during their wedding ceremony.

Initially, that seemed like an all-too familiar slap in the face for gay Americans, perhaps even a step back for their collective social standing. But then an overwhelming backlash against Hallmark on social media and elsewhere compelled the network to reverse course – a moment that is now being hailed as yet another cultural milestone for LGBTQ Americans in advertising.

Television ads aren’t as important in the digital marketing age as they were a generation ago, but in some ways they represent a final frontier of mainstream cultural acceptance for gay equality, according to several marketing experts who specialize in helping major corporations sell products to the gay community.

“It’s not about gay people as much as it is contemporary consumers,” Bob Witeck, president of the LGBTQ marketing and communications consulting firm Witeck Communications, told CNN Business. “One of the ways to be contemporary is to be inclusive of LGBTQ individuals. It’s less fraught, I think, even than race. … Gay and LGBTQ consumers, Gen Z and Millennials, their attitudes are so different about the ordinariness of same sex marriage today.”

The history of LGBTQ people in television advertising 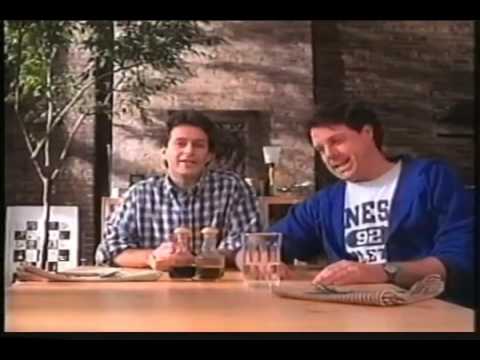 In 1994, IKEA became the first company to run a TV commercial featuring a same sex couple in the United States. The 30-second spot showcased two romantically-involved men browsing an IKEA store in search of a dining room table while discussing their relationship.

After the ad aired, the Christian activist group American Family Association called for a boycott of IKEA, according to the Baltimore Sun, but the Swedish furniture maker refused to pull the commercial.

AFA and its subsidiary, One Million Moms, have been constant foes to gay and lesbian tolerance in American culture. OMM is the group that took The Hallmark Channel to task for airing its most recent Zola ads showcasing same-sex weddings. In 2012, OMM publicly opposed JC Penney for hiring lesbian comedian-turned talk show host Ellen DeGeneres as a company spokesperson.

Seven years later, Ellen was one of the leading voices online calling for The Hallmark Channel to put Zola’s ads back on the air in a tweet over the weekend.

After Hallmark buckled, OMM went after the network a second time, calling for a boycott of the station after starting a petition to get it to change its mind once more.

“So many people feel betrayed because this is one of the very last channels that families could go to and not be bombarded with politically correct commercials and LGBTQ agenda,” OMM wrote on its website. “Family entertainment is not the outlet in which to be politically correct by forcing tolerance and acceptance of homosexuality – a sinful lifestyle that Scripture clearly deems as wrong.”

AFA and OMM did not immediately respond to requests for comment from CNN Business.

In recent years, TV commercials centered on LGBTQ individuals have become more common, but remain relatively rare, according to marketing experts. Today, the world’s biggest advertisers primarily use targeted web ads as a means to market products and services to gay Americans in a hyper-focused way.

“That’s where we saw this huge rush of advertising with the auto companies and banking and travel companies,” Mark Elderkin, CEO of the Gay Ad Network, told CNN Business. Elderkin’s firm has helped some of the world’s largest corporations develop policies and marketing strategies for gay audiences for the last 25 years, mostly online and on social media.

A 2013 advertisement for Amazon's Kindle Paperwhite device features a same-sex couple.
From Amazon/Youtube

“Throughout the 2000s, American Airlines, IBM, Chrysler and GM all had huge budgets targeted to the LGBTQ community,” he said. “With TV, if you wanted to run a commercial with LGBTQ characters, you were running on a network that wasn’t gay targeted.”

Amazon (AMZN) made waves in 2013 with its Kindle commercial titled “Husbands”. The ad showed two strangers — one male, one female — lounging on the beach during a vacation as the man struggled to read a book on his reflective iPad screen under the glaring sun before asking the woman laying next to him about her non-reflective Kindle Paperwhite e-reader.

“My husband’s bringing me a drink right now,” the woman tells the man during the ad.

“So is mine,” the man replies before both he and the woman look over their shoulders to view their husbands waving back at them from the bar.

In 2014, One Million Moms spoke out against Nabisco’s commercial showing a montage of scenes featuring two nuclear families — one with two dads, the other with an interracial heterosexual couple — raising their children while enjoying Nabisco Honey Maid brand snacks.

“No matter how things change, what makes us wholesome never will,” the narrator states. “Honey Maid: everyday wholesome snacks for every wholesome family. This, is wholesome.”

That commercial showcased testimonials from several heterosexual newlyweds and one gay couple talking about their positive experiences using Zola.

“There were advocacy groups that spoke out against the ad,” Chi told CNN Business. “They may or may not have contacted Hallmark.”

Progressive political messaging in advertising has become a highly profitable way for major corporations to amplify their marketing, but some companies have had more success than others.

Nike (NKE) caused an internet uproar in 2018 after making sidelined NFL quarterback-turned anti-racist activist Colin Kaepernick the spokesman of its 30th anniversary “Just Do It” ad campaign. The pro- and anti-Kaepernick social media frenzy that erupted after the campaign was announced on Twitter gave Nike (NKE) an estimated $289 million in free advertising, according to revised Apex Marketing Group data provided to CNN Business. Nike (NKE) also enjoyed a 31% boost in online sales, according to Edison Trends.

Witeck, the LGBTQ market expert, has seen the spending power of gay, lesbian, bisexual and transgender Americans uptick slightly from about $790 million in 2012 to more than $800 million to date by his own estimates. From 2012 to 2017, the percentage of Americans who identified as lesbian, gay, bisexual, or transgender also rose a bit from 3.5% to 4.5%, according to a 2018 Gallup poll.

The even greater financial prize for major companies, according to Witeck, is gaining favor with young Americans who support LGBTQ rights more than their elders. The global consulting firm Accenture projects the buying power of Millennials alone will reach $1.4 trillion in 2020.

Heterosexual Milliennials’ overall comfort being around gay and lesbian individuals dropped from 53% in 2017 to 45% in 2018, according to the latest results of the annual Accelerating Acceptance report commissioned by GLAAD and carried out by Harris Insights & Analytics.

But the largest generation of young adults is still far more accepting of gay marriage than their predecessors. A Pew Research poll released in May showed 74% of Millennials support gay marriage in 2019 compared to 58% of Generation Xers and 51% of baby boomers.