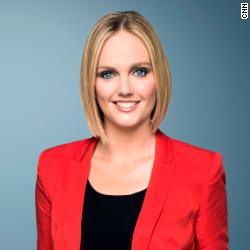 Some detractors thought it would be nothing more than a flash in the pan, while others labeled it a gimmick – but Formula E’s remarkable growth and popularity is proof that the sport is here to stay.

So much so that many have also predicted that the sport has even the potential to become a serious rival to Formula One.

Not that F1 boss Chase Carey sees the electric motor series as a serious threat.

“No, actually, it certainly wouldn’t be Formula E,” Carey said. “I think Formula E is a very different vehicle today, largely a social cause and, you know, it’s a street party.

“I think we compete with everything out there. I mean, certainly other sports but other events and I think it’s important that we make our sport everything that makes it special. It’s a unique sport that combines technology and sport, it’s a sport that shocks your senses.

“There’s a depth and richness to it that really makes it unique and I think it’s important for us to highlight what makes us unique against everything else out there.”

Since Liberty Media acquired F1 in 2017, the organization’s main aim has been to grow the sport’s popularity, with a particular focus on the US market.

Figures released by F1 at the start of the year would suggest they are off to a good start.

The number of unique television viewers in 2018 rose to 490.2 million, an increase of 10% compared to the previous year, and the total cumulative audience in the sport’s top 20 countries grew by 3% to 1.758 billion – the second consecutive year of growth, F1 said.

Numbers for this year are yet to be released, but Carey believes it has been another promising season.

“I think we’ve achieved what we wanted,” he said. “I think 2019 has been a year where we’ve had good growth, we’ve had growth in attendance, growth in viewership, the business is healthy. But again, we’re in the early days, not the end days of what we want to get to.

“So I think we are excited about the growth we see ahead of us in 2020. It looks like an exciting year, we hope it’s an exciting year on the track, we’ve had, particularly the second half of the season, some great races and we hope we continue that into 2020.

“Obviously, it all starts with what we do in the track. I think we feel good about where we are but that being said, you know, most of our work still remains to be done.”

Though F1 teams also compete in Formula E and there has been a crossover of drivers and directors between the two sports, the electric series’ green, environmentally friendly image is in stark contrast to its more established rival.

Given the current climate emergency, F1 has faced increasing criticism over its current yearly output of 255,000 tonnes of carbon dioxide.

Last month, it announced a new 10-year plan to “change the face of the sport” and become carbon neutral by 2030.

The environmental criticisms that plague the sport also come from within F1, most notably through the sport’s poster boy and six-time world champion Lewis Hamilton.

The British driver has been particularly outspoken on becoming vegan to save the planet – views critics have called hypocritical given the sport he competes in.

F1 is also facing questions over its lack of diversity.

“We’re working hard, particularly the female diversity issue, but really on all levels of diversity. First, how important are the drivers? They’re critical. Sports are based on heroes and our biggest heroes are the drivers and Lewis has really been in many case, you know, an incredible leader in those initiatives.

With the additions of the new Vietnamese Grand Prix and the return of F1 to the Netherlands for the first time since 1985, the 2020 season will include a record high 22 races.

Despite criticism from drivers and teams about an increasingly hectic schedule and shorter off-season, Carey insists the plan is to press ahead with more grands prix.

He says the sport’s bid to grow in the the US will be boosted by the addition, he hopes, of a second US Grand Prix to the calendar.

“We still have some issues to resolve in Miami,” he says of the new prospective race location. “They’re, probably at this point, predominantly political ones and there have been some local meetings and activity in the last month.