Teen vaping of marijuana is on the rise, survey finds 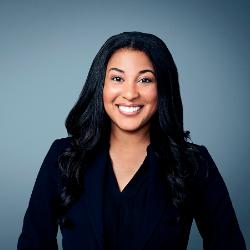 Vaping remained popular among teens across the United States in 2019, according to a new report, and there were significant increases in vaping of marijuana by eighth, 10th and 12th graders.

The annual report, Monitoring the Future, from the University of Michigan’s Institute for Social Research, found that while prescription opioid misuse, tobacco cigarettes smoking and alcohol use have declined among teens, the use of e-cigarettes continues to climb.

PHOTO: Getty Images
LONDON, ENGLAND - AUGUST 27: In this photo illustration, a man smokes an E-Cigarette at the V-Revolution E-Cigarette shop in Covent Garden on August 27, 2014 in London, England. The Department of Health have ruled out the outlawing of 'e-cigs' in enclosed spaces in England, despite calls by WHO, The World Health Organisation to do so. WHO have recommended a ban on indoor smoking of e-cigs as part of tougher regulation of products dangerous to children. (Photo by Dan Kitwood/Getty Images)

“The most salient finding, in my brain at least, is the very marked increases in vaping that we’re seeing in teenagers, and it’s vaping both for nicotine and vaping for THC, which is the active ingredient in marijuana,” said Dr. Nora Volkow, director of the National Institute on Drug Abuse, which funded the report.

The report is based on an annual survey of drug, alcohol and cigarette use and related attitudes among eighth-, 10th- and 12th-graders in the United States. This year’s survey included 42,531 students from 396 public and private schools nationwide.

The survey results showed that 20.8% of 12th graders reported vaping marijuana in the past year, as well as 19.4% of 10th graders and 7% of eighth graders.