Juice WRLD’s girlfriend has a message for his fans

Juice WRLD’s girlfriend Ally Lotti honored him at Rolling Loud in Los Angeles over the weekend, where the rapper was supposed to perform before his sudden death last week.

Lotti took the stage at the end of a set by A Boogie, G Herbo and Ski Mask the Slump God, telling the audience that Juice WRLD was full of love.

She continued: “He wants everyone to know that you need to take any negative thing in your life, he would tell you every time he saw you, and change that to a positive situation. Change that to 999. You gotta keep that in your heart. Can everyone say ’999?’”

For Juice WRLD, 999 was significant. He recognized it as the opposite of 666, and represented overcoming negativity. 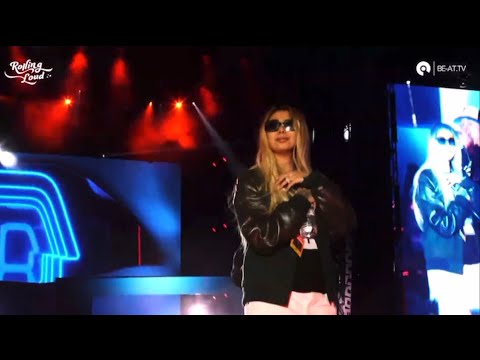 When Lotti left the stage, performers played Juice WRLD’s “Lucid Dreams.” The song’s lyrics touch on losing someone you love.