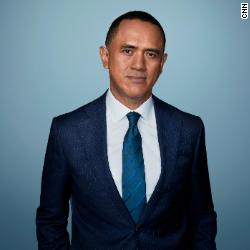 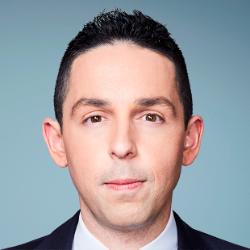 Some federal law enforcement officials are warning of a chilling effect inside the FBI amid attacks by President Donald Trump and Attorney General William Barr over the bureau’s handling of the Russia investigation.

Current and former FBI officials tell CNN they’re concerned that the harsh rhetoric coming from Trump and Barr has only worsened the bureau’s already tenuous standing with the President, leaving them wondering whether federal agents could be less aggressive the next time they have to pursue a sensitive investigation.

“We’re constantly told to be agile and use all the legal tools available to us,” said one FBI employee who works on counterintelligence matters. “But who is going to risk sticking their neck out now only to have DOJ chop it off?”

Barr this week seized on findings in a blockbuster inspector general report to scold the FBI for using “intrusive” tools with only “flimsy” evidence, and he questioned whether they’d been motivated by bias. Those attacks were particularly noteworthy given that the report found no evidence of bias or improper motivation in the FBI’s decisions to use counterintelligence techniques. The report did however point out serious mistakes and mishandling of evidence by the FBI.

In his criticism, Barr has used language that hews closely to conspiracies from Trump, who maintains that his campaign was illegally spied on. During a rally on Tuesday night, Trump used the word “scum” to refer to FBI employees he believes acted improperly.

“These comments will have a chilling effect on the workforce,” said one recently retired agent who has handled surveillance warrants under the Foreign Intelligence Surveillance Act, the kind abused according to the inspector general report.

If there are more administrative hurdles, and concern that actions will be second-guessed, agents may decide to avoid certain investigative tools, the former agent said. That includes pursuing things like FISA warrants to surveil targets, a process that is frequently used by investigators, but was riddled with errors during the Russia investigation, the inspector general found.

As they sought to determine if members of the Trump campaign were colluding with the Russian government in the run-up to the 2016 election, FBI officials in Washington turned to what were standard measures for the bureau but that were used in extraordinary circumstances to investigate a presidential campaign.

Informants were deployed to meet and record conversations with certain campaign aides, and FISA warrants targeted Carter Page, a onetime foreign policy adviser to the Trump campaign, allowing the FBI to eavesdrop on his calls and look back on his messages.

While he found no evidence of political bias in the FBI’s investigation, Justice Department Inspector General Michael Horowitz called out “failure” among the ranks of the FBI for making a number of “basic and fundamental errors” as they sought permission to obtain the FISA warrants.

On Wednesday Horowitz criticized the application process for the FISA warrants on Page. “Let me put it this way, I would not have submitted the one they put in,” Horowitz said.

Barr, in an interview with NBC News Tuesday, heightened the failure to an accusation of civil liberties abuse.

“The greatest danger to our free system is that the incumbent government use the apparatus of the state, principally the law enforcement agencies and the intelligence agencies, both to spy on political opponents, but also to use them in a way that could affect the outcome of the election,” Barr said.

As the head of the Justice Department, Barr is two steps above the FBI’s director, Christopher Wray, and defenders of the agency have called Barr’s pejorative use of the term “spying” inappropriate.

“For the boss of the boss of the FBI director to be criticizing how the FBI does that and to use those types of terms is not helpful,” said Robert Anderson, a former FBI assistant director for counterintelligence who signed off on numerous FISA warrants before becoming a top executive under former director James Comey.

Barr was looking at the situation through a political lens, rather than strictly at the facts of the case, Anderson said.

He disagreed, however, that the political rhetoric could impede the work of rank and file agents.

“I don’t know if it has a chilling effect at the workforce level because most of the men and women, analysts and linguists, are not tied to any of the political nonsense at headquarters,” Anderson said.

Agents and employees in the field have tried to ignore the political criticism and constant headlines, and some are disappointed in the actions of past FBI leadership, an agent told CNN.

“We want to be proud of our agency,” the agent said, but after more than two years “we don’t have time to dwell on it.”

Agents continue to work their cases, putting in long hours, the agent said.

One of the concerns arising from the internal watchdog investigation is the finding of what the inspector general said were a series of missteps up and down the FBI chain of command, despite the fact officials knew the case was going to be highly scrutinized.

“You had the highest levels of the organization working on this, and they made such epic failures that they’re going to bring down the entire organization because of the incompetence in how they did their jobs,” the retired agent said.

FBI agents and employees are often accused of having swagger, viewing themselves as better investigators than those from other government agencies.

The problems identified in the inspector general report, along with the attacks from political leaders, hurts that pride, current and former employees say.

Related Video Panelist: one can be alarmed by misconduct of both FBI and Trump

In a Senate Judiciary Committee hearing on Wednesday, Republican chairman Lindsey Graham seized on these failures in questioning Horowitz, asking him whether they representative of the bureau on the whole

“I certainly hope that that is not the way others are following these practices,” Horowitz said.

FBI Director Wray has sought to support the agency in the aftermath of the report with a video message that went out to staff and a letter that was sent to former employees.

In a series of interviews on Monday, Wray also pointed to the fact that Horowitz found that the investigation was properly opened, though he called the problems identified in the report “unacceptable and unrepresentative of who we are as an institution.”

In a response included in the report, Wray described more than 40 steps the FBI was taking to address recommendations made by the inspector general, including changes to make the processes for seeking FISA warrants “more stringent and less susceptible to mistake or inaccuracy.”

At the oversight hearing Wednesday, Graham, a close Republican ally of the President, suggested a broader overhaul of the FISA system would be necessary if law enforcement wanted to keep the power.

“I would hate to lose the ability of the FISA court to operate at a time probably when we need it the most. But after your report, I have serious concerns about whether the FISA court can continue unless there is fundamental reform,” Graham said.

David Szady, a second former assistant director for counterintelligence at the FBI, underscored the value that law enforcement derives from FISA surveillance, but agreed that more oversight to that tool and others used by investigators in the Russia probe was a good thing.

“They’re just so intrusive. You’re talking about using techniques, whether they’re human sources or technical sources, against a US citizen, so you want to make sure your information is as solid as possible,” Szady said.