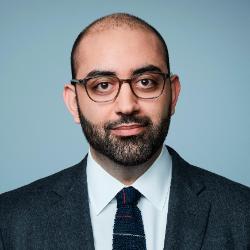 The show will be renamed “Bill Hemmer Reports” and it will debut on January 20.

Hemmer, a veteran journalist and broadcaster, joined Fox from CNN in 2005 and has been one of the network’s main news anchors ever since.

But his style is significantly different than Smith’s.

Smith’s style was to cut through confusion by presenting detailed facts and figures, particularly in response to Trump’s deceit. This made him a heroic figure to some journalists. But this also alienated Smith from much of the Fox base.

Hemmer is significantly less confrontational. As co-anchor of the late morning program “America’s Newsroom,” Hemmer has allowed guests to advance misleading talking points without much of a challenge.

There are some examples of Hemmer providing pushback to White House aides and other guests. But his general approach is to ask questions and accept the response he receives – even if it’s a deceptive or inaccurate response.

Other staffers at Fox, speaking on condition of anonymity, have described a difficult balancing act that they experience in the Trump age. In some cases, they say, they want to challenge guests and call out Trump for lying, but they feel constrained by their audience, believing that Fox’s viewers will turn on them.

Smith’s 3 p.m. newscast was typically the lowest-rated daytime hour of the day on Fox’s lineup, which many staffers saw as a manifestation of the audience’s disdain for Smith.

Having Smith there, though, was critically important to the network’s journalists.

“Shep had power that almost none of us had,” a veteran staffer told CNN Business back in October, asserting that Smith could fact-check politicians and call out indecency much more strongly than other anchors and reporters.

A rotation of Fox journalists have been anchoring the hour since Smith left. And soon Hemmer will have the time slot.

He will also “lead all breaking news coverage,” Fox said, which includes traveling to the scene of major news events.

Hemmer has been co-anchoring coverage of the impeachment hearings in recent weeks. He also has a long track record of helming breaking news coverage during emergency situations. He has been on the scene for coverage for major news stories including Hurricane Katrina and the 2006 Lebanon War.

“As a journalist, l am extremely grateful for this opportunity,” Hemmer said in a statement. “2020 will undoubtedly be a year of great significance. Leading our breaking news division with a signature hour has enormous value to me, personally, and to our audience. We’ve got a fantastic team here and I am excited to get to work.”

“America’s Newsroom,” which he co-anchored with Sandra Smith, will have rotating co-anchors until a permanent replacement is announced, Fox said.