While some people spend today shopping (or doing some well-deserved kicking back), others will be taking part in climate strikes around the world. The protests are part of Fridays for Future, a youth-led movement inspired by Swedish activist Greta Thunberg. The groups hope to capitalize on the momentum of September protests, which drew about 7.5 million people worldwide. Some protesters aim to tie the whole Black Friday madness into their demonstrations: One group says it’s planning to wheel empty shopping carts en masse in a New York City store to invite customers to pause their purchasing and consider the environmental impact of consumerism. After today’s protests, the movement has its sights set on a December event to coincide with the COP25 environmental summit in Madrid.

President Trump made an intensely secret surprise trip to spend Thanksgiving with US troops in Afghanistan. Hawk-eyed Twitter watchers would have known something was up when the President’s Twitter account, a constant sounding board, remained relatively dormant for about half of Wednesday. That’s when Trump was in the air, traveling from Mar-a-Lago to Joint Base Andrews to Bagram Air Field in Afghanistan. The President arrived in time to serve Thanksgiving dinner to about two dozen troops. Trouble awaits Trump back home, however. His intervention into the cases of three service members accused of war crimes has raised worries at the Pentagon about the President’s unpredictable behavior regarding the military. The concerns are causing deep fissures among military members up and down the ranks, top military leaders tell CNN.

There could be a big storm brewing on the Korean Peninsula as the region faces the convergence of three key controversies: US diplomacy with North Korea, the military cooperation of South Korea and Japan, and the ongoing question of who should pay for US troops to be stationed on the peninsula. Unfortunately, all three issues are trending in a negative direction. Earlier this year, North Korea said the US has until the end of the year to pitch a nuclear deal or the country will bail on recent overtures of renewed friendship. Japan and South Korea, longtime allies and peacemakers in the region, are embroiled in their own political spat, complete with a burgeoning trade war. The two countries may end a military intelligence-sharing agreement that keeps North Korea in check. On top of it all, Trump recently asked that Seoul pay 400% more in 2020 for hosting US troops in the region. Oh, and North Korea just today fired a round of mysterious projectiles from a huge missile launcher.

UK Prime Minister Boris Johnson got some ice-cold criticism after dodging a debate about climate change ahead of next month’s general election. Labour leader Jeremy Corbyn, Liberal Democrat Jo Swinson and the heads of the UK’s other main parties took to the stage to talk solutions, and they were joined by … a melting ice sculpture in Johnson’s place. Brexit Party leader Nigel Farage wasn’t there either, so he also got an ice sculpture stand-in. It was quite a visual. Johnson’s party is none too happy, saying it offered to send another Conservative leader to the debate and was rejected. Meanwhile on the Brexit front, new data from the UK Society of Motor Manufacturers and Traders suggests Brexit could cut the UK’s already-faltering car production in half.

Ex-police superintendent David Duckenfield, who was the match commander during the 1989 Hillsborough stadium disaster in the UK, has been found not guilty of gross negligence manslaughter in connection with 95 Liverpool fans who lost their lives in the tragedy. Duckenfield had been on trial once before for his part in the disaster, but the jury couldn’t reach a verdict earlier this year. In all, 96 people lost their lives during a crush of fans following an FA Cup semifinal tie between Liverpool and Nottingham Forest. The verdict opens new wounds for families of the victims, who were hoping the trial would end with some sense of accountability for their loved ones’ deaths. Duckenfield’s lawyer said his client’s “thoughts and sympathies remain with the families.”

It feels unfair to break this news around Thanksgiving, but OK.

Look how proud he is! What an extremely good boy.

Did someone dump you? Get as far away from them as geographically possible!

If ever there were a season for more toy stores, it would be now!

b. A flower arrangement

The text of a new plaque at the Washington National Cathedral honoring Matthew Shepard, the slain 21-year-old gay man whose death in 1998 ignited years of LGBTQ activism. Shepard’s cremated remains are interred in the cathedral in the nation’s capital.

That’s how much new money the European Space Agency has to work with after a major funding boost from its 22 member states. The agency will use the money to launch new missions and safeguard its role in space exploration and research. 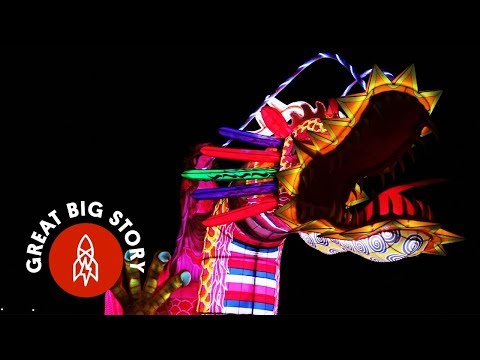 Let’s move from one fall celebration to another: For two weeks during this time of year, the Namgang River in Jinju, South Korea, comes alive with light during the city’s lantern festival. (Click here to view.)