The public impeachment inquiry hearings have wrapped up for now, but not before delivering a few final blows to the GOP’s impeachment defenses. Fiona Hill, the former senior director for Russia and Europe at the National Security Council, did not mince words in her testimony. She called President Trump’s pressuring of Ukraine a “domestic political errand” and called out several GOP conspiracy theories, including the idea that Ukraine meddled in the 2016 election to harm Trump’s campaign. She also recalled telling Ambassador Gordon Sondland (who delivered his own explosive testimony this week) that the whole issue was “going to blow up.” And Hill warned that the Kremlin is prepared to strike US elections again in 2020, a serious threat to American democracy. Now, Democrats have an important choice to make: They can either start drafting articles of impeachment or pursue more testimony and key documents to reinforce their case.

The Trump administration is starting deportations under its new “safe third country” asylum agreement with Guatemala. Essentially, the deal allows the US to turn away legitimate asylum-seekers and redirect them to another approved country to make their case there. So far, it seems only one person has been deported under the new system, and a Homeland Security official says the program is being phased in. In other immigration news, the Trump administration has sent letters to dozens of residences in California, New Mexico and Texas, informing people that the government will survey their land for, you guessed it, the President’s much-touted border wall. That’s eminent domain at work – the idea that the government may acquire private land for public use.

Israeli Prime Minister Benjamin Netanyahu now has a lot more to worry about than his country’s election stalemate. The Israeli attorney general leveled charges of bribery, fraud and breach of trust against Netanyahu in connection with three separate corruption cases. It’s the first time in the country’s history that a sitting PM has faced indictment in criminal investigations. The cases allege Netanyahu made expensive deals with rich and powerful friends, trading gifts and money back and forth for political favors. Netanyahu has ignored calls to step down and says the charges against him are an attempt at a coup.

Colombia has closed its borders and initiated curfews in anticipation of a nationwide strike. The demonstrations were launched by members of several social movements to protest President Ivan Duque. In recent months, Duque has faced condemnation over rising unemployment, economic reforms and deteriorating security. Overall, the protests appeared to unfold without any major incidents, and Colombia’s national police director described them as peaceful and under control. Several South American countries recently have been rocked by similar, often more violent waves of unrest. Protesters in Ecuador, Chile and Bolivia have taken to the streets with similar economic and social grievances as the Colombians have.

WeWork, the embattled co-working company, is laying off 2,400 employees around the globe. And that doesn’t include the roughly 1,000 cleaners and building maintenance staffers whose jobs are now outsourced by the changes. In its heyday, WeWork’s workforce ballooned to 12,000 employees, but it all went south when the company failed to pull off an initial public offering. Employees since then have been bracing for a massive culling. These layoffs look even worse when you remember the company got a multi-billion dollar bank bailout that also sent ousted CEO, Adam Neumann, home with a massive payout.

Sorry folks, you’ll have to get your “ladies wearing nothing but wings and elaborate underwear” fix elsewhere.

As if there could be anything more delicious and calming than pineapples cut to look like flowers.

Twitter now lets you hide replies to your tweets

Let’s keep the trolls under the bridge.

Numbers of deaths and cases of this type of cancer are increasing in the US, according to a new study.

Janet Yellen, the former chief of the Federal Reserve, voicing concerns that the US-China trade war could end the longest economic expansion in American history

The number of cases of lung injury linked to vaping in the US as of Wednesday. The Centers for Disease Control and Prevention is tracking the sobering stat, and the numbers are piling on week after week. The CDC also reports 47 confirmed deaths in 25 states and the District of Columbia. 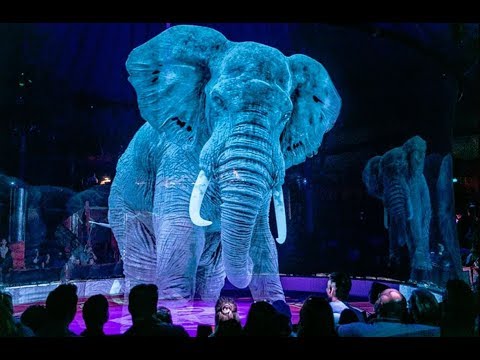 A different kind of magic

Some circuses are using holograms instead of real animals in their performances, and the result is pretty darn fascinating! (Click here to view.)