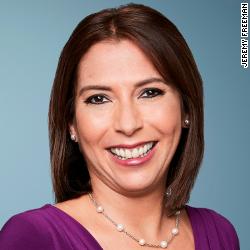 Colombia closed its borders ahead of a national strike supported by a broad coalition of social movements on Thursday, which saw teargas deployed in the capital Bogota and a curfew ordered in the western city of Cali.

Ecuador, Chile and Bolivia have already experienced major social unrest this year as governments in the region struggle to deal with popular grievances over economic stagnation, corruption, inequality and more specific national issues.

PHOTO: RAUL ARBOLEDA/AFP via Getty Images
Protests are taking place across the country.

The ongoing protests were described as peaceful overall and under control by Colombia’s National Police Director, General Oscar Atehortua, and the Minister of Interior, Nancy Patricia Gutiérrez.

They counted 13 marches and 27 gatherings in Bogota. Despite some roadblocks, public transportation continue to function normally, they said during a press briefing on Thursday.

While other cities saw minor incidents, the bulk of the violence was reported in the western city of Cali, where protesters attacked a local news crew, burning most of their equipment, police said.

An investigation is ongoing and no detentions have been made, Atehortua added.

PHOTO: RAUL ARBOLEDA/AFP/AFP via Getty Images
The leader of Colombia's Green Alliance party and current candidate for the mayoralty of Bogota, Claudia Lopez, celebrates after winning during the regional elections in Bogota, on October 27, 2019.

Protesters in Cali also clashed with police at the Valle University and 11 public transportation vehicles were vandalized, but no injuries were reported by the authorities.

The city’s mayor imposed a curfew from 7p.m. ET until Friday morning due to the violence. “Those who are outside at this hour, can be detained by the authorities,” Maurice Armitage, Mayor of Cali, wrote on Twitter.

Border closures mean any entry by land or sea from Ecuador, Peru, Brazil and Venezuela will be restricted, according to Colombia’s Migration Agency Director Christian Krüger Sarmiento.

The closures began Wednesday at midnight and will remain in place until Friday at 5 a.m., according to immigration authorities.

The government also gave local authorities permission to impose exceptional measures such as curfews, restrictions on freedom of movement and bans on the sale of alcoholic beverages, according to a statement from the president’s office.

In a series of videos posted on Twitter, Duque said he recognized peaceful protest as an expression of democracy and acknowledged that Colombia faces multiple challenges.

Duque spoke out against those he said saw protests as an opportunity for “agitation,” and called on protesters to demonstrate peacefully.

“We will guarantee public order and we will defend, with all of the tools our constitution gives us, the right of Colombians to live in peace,” he said.

PHOTO: © UNICEF/UN0304095/Arcos/© UNICEF/UN0304095/Arcos/© UNICEF/UN0304095/Arcos
On 24 April 2019 in Cucuta in Colombia, children play near boxes of UNICEF humanitarian supplies at the Samaritan's Purse resting point for walkers who will continue their journey from Venezuela by foot. In February 2019, countries in Latin America and the Caribbean are hosting approximately 2.7 million Venezuelan migrants and refugees of the 3.377.252 million Venezuelans migrating worldwide. Based on inter-agency projections, UNICEF estimates that in 2019, over 1.1 million children will need assistance in Brazil, Colombia, Ecuador, Guyana, Panama, Peru and Trinidad and Tobago. Those in need include Venezuelan migrants and refugees, host communities and non-Venezuelans returnees. During the first two months of 2019, the political and social situation in Colombia underwent significant changes, culminating in closure of the six formal crossing points along the 1,400 km border between the two countries and the militarization of certain informal crossing points and river routes. This blanket closure was subsequently loosened to permit the crossing of urgent medical cases and school children at international bridges. Several thousand school children living in Venezuela have been crossing daily for several years to take classes in Colombian schools in Cucuta. The number of migrants using non-formal crossing sites such as rural paths or trochas and rivers to access certain Colombia sites increased significantly over the reporting period. UNICEF continues to operate its humanitarian activities in the prioritized sites of three main border departments (Arauca, Norte de Santander and La Guajira) as well as in six other departments across the country. Technical support continues to key governmental institutions such as the Colombian Institute for Family Welfare (ICBF), the Ministry of Health (MoH) and the Ministry of Education (MoE) to support capacity building and strengthen the rights of children and adolescents within the overall response. UNICEF has identified seven st

Student groups and labor unions called the strike citing a package of economic reforms they have christened the “paquetazo.” Duque has denied his government is planning significant labor or pension reforms.

Marta Lagos, director of polling firm Latinobarometro, drew parallels with other South American nations where frustrations over inequality have boiled over.

Lagos said that although things are improving for some people, tensions have arisen due to the speed at which different groups in society are advancing.

“While some of them reach the end of the tunnel very quickly, the others left behind feel they will never reach the end and this is one of the reasons that triggers the protests,” Lagos said.

The president has also faced major criticism for his handling of the peace process with the FARC rebels, and his defense minister was forced to resign in early November over the death of at least eight children during an army operation that took place in August.

Indigenous leader Aida Quilcué told CNN that violent attacks on indigenous groups have increased under Duque’s government, and she is worried about mining, violence against social leaders, and increasing militarization, including the presence of paramilitary groups.

Quilcué said indigenous groups decided to join the national strike and add their demands to the wider protests due to what she called mounting attacks on human rights.

“They’ve forgotten about the people,” she said. “I think there are structural problems that force us to defend our rights.”

Authorities have been gearing up for the protests, and Bogota police tweeted a cinematic video showing officers in riot gear firing teargas and marching through the streets.

Duque’s popularity has plummeted since he came to power over a year ago.

According to an August 2019 poll by Gallup, 64% of respondents disapproved of his rule and just 29% said he was doing a good job.