Jimmy Fallon and Kristen Bell pulled off a medley of 17 Disney classics in an over five-minute segment for “The Tonight Show” on Tuesday.

The two kicked off their performance with “When You Wish Upon a Star,” then effortlessly covered “Under the Sea,” “Can You Feel the Love Tonight,” “You’ve Got a Friend in Me,” as well as a few songs from “Frozen.”They also included a rendition of “Supercalifragilisticexpialidocious” from “Mary Poppins.”

Along the way, there were a few simple costume changes, a prop lion, and a flying rug.

They finished with “Into the Unknown” from the upcoming “Frozen 2,” in which Bell stars as the voice of Anna. For the finale, Bell gave it her all for “Let It Go,” complete with snow. 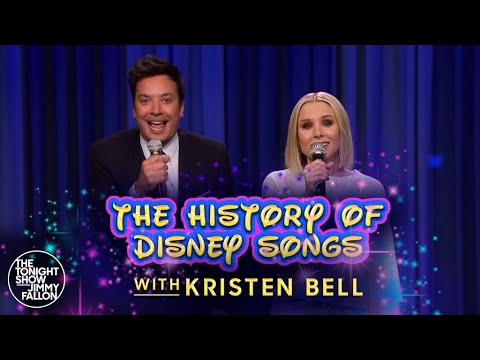