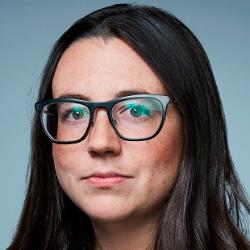 Two former executives are suing G/O Media, the parent company of sites including Gizmodo, Deadspin and The Onion, alleging discrimination and negligence.

Michael McAvoy, who was fired as president and CEO of The Onion in July, is suing G/O Media and Spanfeller for breach of employment agreement and violation of the Wage Act. He filed the lawsuit on November 1 in Chicago.

Jarrard alleges she was pushed out of her job after Spanfeller hired one of his former colleagues in her same position. Deadspin, the sports site owned by G/O Media, previously reported this change in leadership and other employees’ frustrations with Spanfeller over new hires.

“It was immediately evident that the ‘new regime’ was white men, cronies from Spanfeller’s past. On the stage, there was an absence of women or people of color standing with or part of the Executive team,” the lawsuit reads.

The lawsuit also alleges that during the town hall, when asked about his plan for creating a diverse workforce, Spanfeller said, “I don’t know.” He later added, “Haven’t thought about it, but I hear you guys. Obviously, diversity is important, I get it.”

A former G/O Media employee present at that meeting confirmed that account to CNN Business. They added that when Spanfeller sent out a drafted list of values for G/O Media on April 8 he did not include diversity.

McAvoy alleges he was wrongfully terminated, in part as retaliation for him “raising legitimate concerns about Spanfeller’s treatment of female executives and Spanfeller’s hiring of his friends and former colleagues.” The lawsuit alleges G/O Media did not cite “any specific facts” for just cause for McAvoy’s termination.

A G/O Media spokesperson said the lawsuits are “baseless.”

“We look forward to responding to the claims in court where the facts will show that the company’s actions were entirely appropriate,” the G/O Media spokesperson told CNN Business. “The company has and continues to support women at all levels of seniority. Of G/O Media’s new hires since July, 60% have been women, many in senior roles.”

Regarding McAvoy’s lawsuit, the G/O spokesperson said the company plans to file a “counterclaim and affirmative defenses that will illuminate the very substantial reasons justifying his termination for cause.”

GMG Union, which represents the editorial staff of G/O Media, tweeted Friday, “We, the GMG Union, are unsurprised to learn of allegations in two lawsuits that our CEO, Jim Spanfeller, created a hostile environment for women at G/O Media. As employees of this company, we have seen and been subjected to his erratic, inappropriate management style since the very beginning.”