Fox News brass to network hosts and personalities: Do not identify the whistleblower 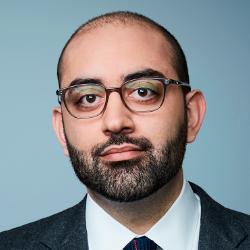 Fox News hosts and personalities have been instructed over the last several days not to identify the whistleblower whose complaint sparked an impeachment probe against President Trump, people familiar with the matter told CNN Business.

Several hosts and commentators on the network who have been supportive of President Trump seem to want to name the person they believe to be the whistleblower, but Fox’s guidelines have said not to do so.

Right-wing media hyped a report from a website last week which claimed it had likely identified the possible whistleblower. Fox is perhaps the only major component of the right-wing media machine that has, thus far, refrained from naming the person identified by that story.

It’s possible that the situation at Fox could change if there were to be a development in the story or if Trump himself names a person he believes to be the whistleblower.

But, on October 31, a Fox executive sent an email to staffers that said the network had not “independently confirmed [the] name or identification of the anonymous whistleblower.” A copy of the email was obtained by CNN Business.

The executive further advised production staffers to “NOT fulfill any video or graphic requests” related to the whistleblower’s identity.

Such guidance has been extended to Fox’s prime time talk shows, according to a person with knowledge of the matter. Hosts like Sean Hannity have been told not to name the person they believe to be whistleblower on the air.

Some of the hosts have alluded to this guidance while on Fox. “Justice” host Jeanine Pirro said last Friday that the network’s hosts “apparently can’t say” the person’s name. And Fox Business Network’s Maria Bartiromo said last week that they were “not naming” the person on Fox.

Hannity said on Monday that he had “confirmed independently” the identity of the whistleblower, but stopped short of naming the person on air.

“But you know what, I will play the game for a little bit,” Hannity said. “And I will take the lawyer’s threats that they’re going to sue me, it wouldn’t go anywhere.”

The attorneys representing the whistleblower said in a statement on Wednesday that they would not confirm or deny any name published by a media organization, noting “identifying any suspected name” would “place that individual and their family at risk of serious harm.”

“Disclosure of any name undermines the integrity of the whistleblower system and will deter any future whistleblowers,” the attorneys added.

As recently as Tuesday, Fox hosted a segment that featured debate on whether the news media should reveal the whistleblower. Fox media critic Howard Kurtz said identifying the person would send a “chilling message to future whistleblowers” and noted that “there are all kinds of people” news organizations do not name despite having the “legal power to do so.”

Much of Fox effectively operates as a messaging arm of the White House. Its opinion hosts have defended the President at nearly every turn, and the network employs a stable of pro-Trump contributors who appear throughout the day to offer commentary.

A small group of Fox journalists and analysts have offered stinging fact-checks of Trump and the right-wing talking points he uses. But that group lost a valuable member in October when Shep Smith, who served as the network’s chief news anchor, departed the network over tension with the opinion division.