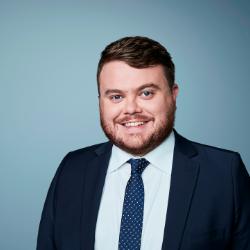 Steak, scallops and the future of American democracy were among the items on the menu at one of Mark Zuckerberg’s homes on Monday night as the Facebook CEO hosted a dinner for American civil rights leaders.

Flanked by Facebook COO Sheryl Sandberg and Facebook exec Nick Clegg, Zuckerberg met face-to-face at his Bay Area home with some of the company’s most ardent critics to hear their concerns about how the company tackles hate speech and its policy of not fact-checking ads from politicians.

Civil rights representatives agreed not to disclose specifics of what the Facebook executives and other attendees said at the meeting, Farhana Khera, the executive director of Muslim Advocates, who attended the dinner, told CNN. But a number of them raised concerns about Facebook’s policy of allowing politicians to run false ads, said Khera and Vanita Gupta, the CEO of the Leadership Conference on Civil and Human Rights, who also was in attendance.

Rashad Robinson, president of the advocacy group Color of Change, called the meeting an “important and robust conversation” in which Zuckerberg appeared “deeply engaged from start to finish.”

Some in attendance highlighted what they said was an apparent tension between the ad policy on the one hand and Facebook’s commitment to civil rights on the other.

“The exemption for politicians on Facebook could be used to suppress voting, give wrong messaging, and even scare people from filling out the census,” said the Rev. Al Sharpton in a statement following the meeting. He added that Facebook executives pledged to look into how misinformation leads to fear and voter suppression. “We intend to seek meetings with the head of Google, Twitter and others as follow up.”

Some of those who attended the dinner took a more critical tone following the event. Kristen Clarke, president of the Lawyer’s Committee for Civil Rights Under the Law, published a blistering open letter on Tuesday slamming Facebook’s policies and warning the company could face litigation under civil rights law.

Despite the company’s vocal support for freedom of expression, she wrote, Facebook risks undermining other democratic principles, such as non-discrimination and equal opportunity.

“You are using First Amendment values as a smokescreen to mask harmful policy decisions that Facebook is making to advance its corporate self-interest,” wrote Clarke.

The letter was a dramatic step for a company that has historically worked closely with Facebook on civil rights matters. A range of public officials were copied on the letter, including federal lawmakers, dozens of attorneys general, the Federal Trade Commission and the Justice Department.

Clarke outlined a slew of potential scenarios under which she said Facebook could face legal action. In one example, she said, Facebook could be held liable if, in the course of its work advising major political campaigns about advertising best-practices, a campaign ran ads that deterred voters from casting ballots.

Existing laws that immunize tech companies for much of what appears on their platforms will not be enough to overcome the potential legal battles facing the company, Clarke wrote.

Responding to the letter on Tuesday, Facebook said: “The Lawyers’ Committee has provided important feedback and perspective and we look forward to continuing the discussion with them on the issues they have raised.”

When it comes to the spread of misinformation that can inflame anti-Muslim hate, public officials are among the worst offenders, Khera told CNN.

Related Article She was called the n-word and given instructions to slit her wrists. What did Facebook do?

Facebook says voter suppression efforts are banned on its platform.

“The focus of a lot of the issues around 2016 was around Russian interference, but historically, voter suppression has been perpetrated by politicians themselves,” Gupta said.

She added that civil rights groups sought to provide Facebook with clear examples of racially motivated messaging to illustrate how voter suppression has evolved beyond simple disinformation about polling places or times.

The goal, she said, was to make sure “the company really understands what voter and census suppression looks like today, and the steps they need to take to prevent it.”

Khera told CNN that although Muslim Advocates had been talking to Sandberg and other Facebook officials for some time, it was the first time she, if anyone in her organization, had spoken to Zuckerberg directly.

“I am hopeful that moving forward with (Zuckerberg’s) direct involvement, Facebook will take our concerns more seriously,” she said.

While Facebook has “come a long way” in developing community standards against hate, she said, “there is a gap between those policies and the enforcement of those policies.”

After the dinner, a Facebook spokesperson told CNN, “We’re grateful that these prominent leaders of the civil rights community took the time to attend a private dinner hosted by Mark and Sheryl. They discussed a range of important issues and we look forward to continuing these conversations.”