Sanders criticizes Warren’s health care plan: ‘I think we have a better way’ 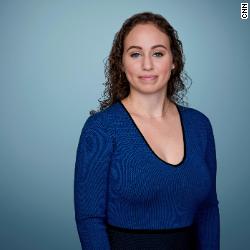 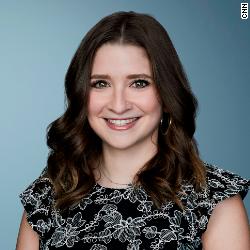 Vermont Sen. Bernie Sanders criticized his 2020 presidential rival Sen. Elizabeth Warren’s funding plan for “Medicare For All,” calling his plan “more progressive” and squaring up the two most progressive candidates in the race for the Democratic nomination to do what neither of them have wanted to do: draw distinctions between each other.

Sanders, who has centered his candidacy around the fight for his single-payer Medicare for All legislation, told ABC News in an interview published Sunday that although he and Warren believe everyone should have health care, they differ on how to fund it. Her plan, he also said, would “have a very negative impact on creating jobs.”

“We do disagree on how you fund it,” Sanders told ABC News. “I think the approach that (I) have, in fact, will be much more progressive in terms of protecting the financial well being of middle income families.”

“I think that that would probably have a very negative impact on creating those jobs,” Sanders said of the tax Warren’s plan calls an “employer Medicare contribution.” “Or providing wages, increased wages and benefits for those workers.”

“I think we have a better way, which is a 7.5% payroll tax, which is far more I think progressive, because it’ll not impact employers of low wage workers but hit significantly employers of upper income people,” Sanders said in the interview.

Up until the release of her plan, Warren had consistently said she is “with Bernie” on Medicare for All, and the pair have consistently refused to go after each other, but Sanders’ comments demonstrate that there is now clear disagreement over the best way to pay for it.

When asked by CNN about Sanders’ criticism of her Medicare For All funding plan after a town hall in Davenport, Iowa, Sunday afternoon, Warren told reporters, “Bernie may have a different vision of how to pay for it, but let’s be really clear, Bernie and I are headed in exactly the same direction.”

She added: “Anyone else who’s running for president, where’s your plan to deal with that $11 trillion that families are going to pay? … Bernie and I, we’re out there for strengthening America’s middle class. I love it.”

Sanders’ latest comments on Warren’s health care plan is the starkest contrast either candidate has drawn since Sanders told ABC in one of his first interviews after his heart attack at his home in Burlington, Vermont, that “there are differences between Elizabeth and myself.”

“Elizabeth I think, as you know, has said that she is a capitalist through her bones. I’m not,” Sanders said in early October.

Leading up to the release of Warren’s proposal, Sanders pushed back on the notion that he had to give details on how he was going to pay for Medicare for All. Sanders previously only outlined possible funding options for the legislation – one of his flagship policy proposals. One includes a 4% tax on employees, which he calls an “income-based premium.”

“You’re asking me to come up with an exact detailed plan of how every American – how much you’re going to pay more in taxes, how much I’m going to pay. I don’t think I have to do that right now,” Sanders told CNBC in an interview published Tuesday.

But since Warren’s plan has been released, Sanders has started to get more specific.

“I’m not going to say that it is free, nothing is free, health care is expensive,” Sanders said at a town hall in Cedar Rapids, Iowa, on Saturday.

“The average American will pay substantially less for health care than he or she is paying right now. Yes you will pay more, depending on your income, we exempt the first 29,000 dollars from taxation,” he said, wading into specific details on his taxation plan he usually doesn’t mention.

Warren also plans to release her own transition plan for Medicare For All, that will likely differ from Sanders. When asked by CNN at a Saturday town hall when she would unveil it, Warren said, “soon.”

Warren told reporters Saturday that she spoke with Sanders about her funding plan, and the Sanders campaign confirmed the call to CNN. Neither camp elaborated on details of the call.