Pumpkins topped with white stuff? The Texas Panhandle got a jump on winter yesterday with a rare October snowstorm.

Two announcements have just shed a stark light on the state of immigration in the US. Customs and Border Protection announced nearly 475,000 migrant families were arrested at the southern border over the past year. That’s an increase of 342% since the 2018 fiscal year. The dramatic spike is due in part to an increase of asylum-seekers. The US is also on track to not admit any refugees into the country during the month of October. A pause on admissions that was expected to lift yesterday was extended into November, leaving hundreds with cancelled flights and unsure futures. This is the third time this month the State Department has delayed refugee admissions. The Trump administration has proposed capping the number of refugees allowed into the US next fiscal year at 18,000, a historic low. But until the President signs off on the cap, no new refugees can be admitted come mid-November.

Well, we have our first official screaming match in the ever-acrimonious impeachment proceedings. Lt. Col. Alexander Vindman, the National Security Council official in charge of Ukraine policy, was interviewed by impeachment investigators. But during his deposition, Democrats and Republicans in the room got into a verbal tussle over the nature of the questions. House Intelligence Chairman Adam Schiff essentially accused Republicans of trying to goad Vindman into revealing the identity of the Ukraine whistleblower. The Republicans denied this, and before long, the sides were shouting at each other. During his testimony, Vindman said he was concerned over the contents of the July 25 call at the center of the inquiry and immediately raised a red flag to other officials. Vindman’s input is critical because he is the first witness to offer testimony in the inquiry who actually listened to the call.

China’s State Council has released a set of new morality rules urging Chinese citizens to “inherit the red gene.” The phrase refers to the political philosophies of Chinese President Xi Jinping, which focus heavily on concepts of nationalism, “socialism with Chinese characteristics” and traditional Chinese virtues like positivity and charity. The updated rules come as Xi and senior leaders gather in Beijing to set the national agenda for the coming years. Experts say the focus on nationalism and obedience may be a defensive response to economic struggles wrought by the ongoing trade war with the US. Meanwhile, UN members have issued dueling statements regarding China’s treatment of the country’s Uyghur Muslim population. The US, Canada, Japan and Australia were among the countries condemning China’s treatment of the ethnic minority group. China’s ally Belarus led the other statement, characterizing China’s actions as a “counter-terrorism” program.

We’ll make this one quick (unlike Brexit). It looks like the UK will head to the polls in December. Parliament came down yesterday in favor of an early general election. In exchange, Prime Minister Boris Johnson agreed to shelve his Brexit deal for now. His Conservative party is hoping the elections will give it a political majority, but it’s still a gamble. Former Prime Minister Theresa May pulled a similar move in 2017 and lost her party’s slim majority. Also, UK voters are probably tired of, well, voting for things: They’ve pulled the lever in three major polls since 2015. And the latest moves could pave the way for a second referendum on Brexit.

Is this the start of a new and longed-for era in college sports? The NCAA Board of Governors voted unanimously to allow student athletes to be paid for the use of their name, image and likeness. This is a huge deal. For years, there’s been hot debate over whether college athletes, who often become huge celebrities and represent multimillion-dollar programs, should get paid for their presence in ads, merchandise, off-the-field appearances and other sports-adjacent ventures. Under current rules, even something as simple as a few bucks exchanged for an autograph can signal a big violation. The NCAA’s stunning reversal has stirred cautious optimism from many in the sports world, but it’s not a done deal yet. The three divisions of the organization need to decide on rules for the shift between now and January 2021.

Video Ad Feedback
01:53 - Source: CNN
How college athletes could get paid in California

The comedian and actor who starred in “Friday” has died at age 77.

Pretty sure phones that looked like this were around in 2007.

‘Game of Thrones’ prequel ‘House of Dragon’ is coming to HBO

If you think for one minute we’re going to watch this after the crushing disappointment of the “Thrones” finale, well … you’re totally right.

Florida man jumps off surfboard and lands on shark

Thousands of avocados spilled out on a roadway

It was a guac-ing affair.

An excerpt from a letter signed by 72 female members of the UK’s Parliament, voicing their solidarity with Meghan, Duchess of Sussex, who has dealt with what the letter calls “distasteful and misleading” news coverage about herself and her family.

The number of homeless people who were reported to have died in Los Angeles in 2018. It’s a drastic increase in homeless deaths across the city and is nearly double the number of deaths recorded in 2013.

Pounding Mochi With the Fastest Mochi Maker in Japan 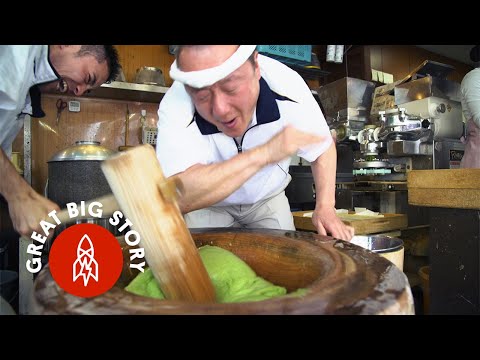 If you’ve ever had the sticky Japanese rice snack known as mochi, you know it’s a soft, enjoyable treat for the senses. The process of making it? Definitely not soft – though probably pretty enjoyable! (Click here to view.)